The decision of the Indian top court came as a true example of India gave way to its nakedly extremist doctrine of Hindutva. 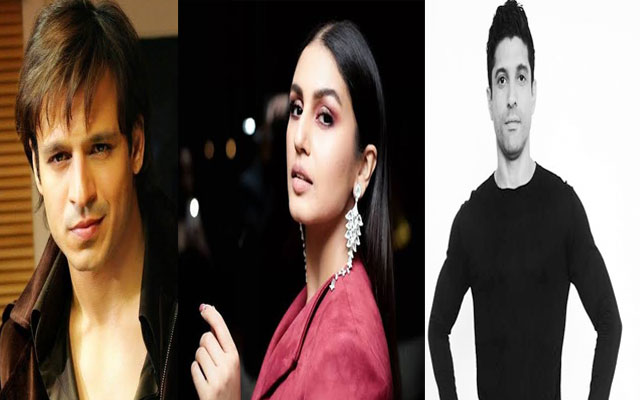 After decades of hearings and arguments, the Indian Supreme Court on Saturday finally ruled in favour of Hindus in the long-pending case related to disputed land of Babri Masjid and ordered allotment of an alternative site to Muslims for setting up a mosque.

The decision of the Indian top court came as a true example of India gave way to its nakedly extremist doctrine of Hindutva.

Welcoming the Ayodhya Verdict, various Bollywood celebs came forth to express their opinions on the social media platform, faced serious reactions for promoting RSS and BJP ideology of intolerance and extremism.

Welcome the fair verdict over the #AyodhyaCase by Hon. Supreme Court. Finally the long pending issue will be resolved now. 🙏

No one could have said it better than the great father of our nation!

#AYODHYAVERDICT hail Supreme Court! Let the needful be done. Now moving towards working on issues that will help our nation become the BEST place to LIVE in.

This is a time for peace and healing. Let's be sensitive to each other and build a more inclusive and unified India 🇮🇳 #AYODHYAVERDICT

Humble request to all concerned , please respect the Supreme Court verdict on #AyodhyaCase today. Accept it with grace if it goes for you or against you. Our country needs to move on from this as one people. Jai Hind.

However, the opinions of the Bollywood stars reverted with backlash on Twitter as social media users did not hold their calm on Ayodhya Verdict.

"After decades of arguments, hearings, judgements and opinions, we will finally be able to sum up the Babri Masjid story for our children in one simple homespun metaphor."

🌍 will remember today when a leader in SAsia gave peace a chance& another across the border who didn’t..our future gens will know just who to be grateful to.Congrats #PMIK you’ve shown what it’s like to rise above all interests &show only humanity!#KartarpurCorridor #BabriMasjid pic.twitter.com/UJYKzbqz7z

Secularism died in #India in November 1992 when not only was the #BabriMasjid demolished but the culprits went unpunished. Today in November 2019 India Supreme Court observed Indian secularism's 27th death anniversary. #AYODHYAVERDICT