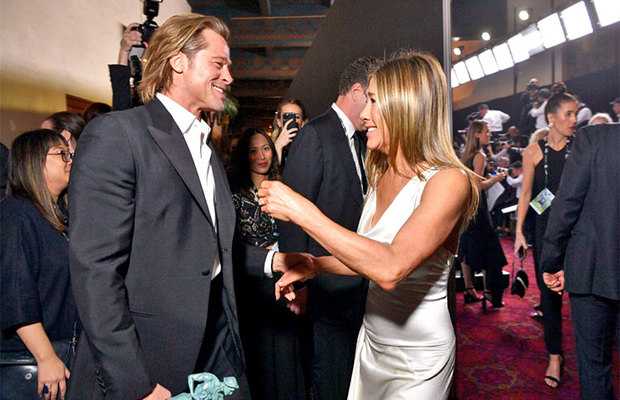 A Friends reunion to commemorate the 25th anniversary of the show is underway, and the fans have to thank Brad Pitt – ex-husband of Jennifer Aniston, for encouraging her to play the pivotal Rachel character once again in the reunion of F.R.I.E.N.D.S.

According to multiple British publications, it was indeed Brad who encouraged Jennifer to go ahead with the reunion plan and take up the special episode that is yet to have a title or script.

“After reuniting with Brad on her birthday last year, she asked him for advice. He said he thought it would be a great idea to honour their success and that fans still hold the show in such high regard,” a source close to Jennifer was quoted by a magazine.

The source added, “He told her it feels like the right time to get back together and encouraged her change of heart. He advised her to say yes’ when everyone got together in October to celebrate the show’s 25th anniversary.”

Earlier, at Ellen DeGeneres show Jennifer had hinted on something being cooked up and she alongside co-stars Courteney Cox, Lis Kudrow, Matt LeBlanc, David Schwimmer and Matthew Perry might be onto something big – which is not a film – but surprise the fans.