“My character in Alif is inspired by Rumi,” Ahsan Khan on his upcoming drama

The actor is busy with three major serials, two films and his kids game show 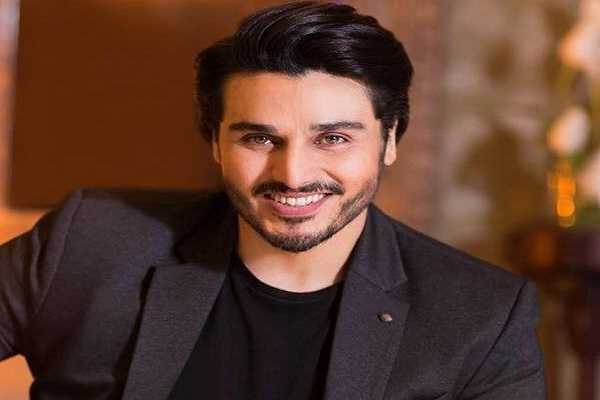 Ahsan Khan, the name does not need any introduction. The actor is not only phenomenal when it comes to his acting skills, but this one man has been born with a heart of gold. Supporting a number of causes and fighting insistently to combat child abuse and raise awareness about the matter, Ahsan Khan is a gem of a person.

Khan portrayed the perfect antagonist in Udaari. Paa Imtiaz and his lecher ways as a pedophile were despicable.

Currently Ahan Khan is enjoying his U.K trip, and we are glad that we were able to catch up with him being in time difference zone, while he was probably having his breakfast as he shared his location with OY.

Ahsan Khan has his hands full with his projects which include 3 drama serials, 2 films and a game show, he revealed while talking to OY. Soon we will be seeing him in drama series “Alif”, which recently started its shoot. Sharing about this project Ahan Khan told, “Alif is by Umera Ahmed, and we all know that her scripts always have a spiritual, but realistic approach towards them”.

Talking about his character Ahsan shared, “My character in the series is about a guy who seeks refuge in spirituality but in a very different way. This character is inspired by Rumi”.

“Haseeb is a great Director and Samina and Sana would as always come as good producer, and the cast is my favourite, Sajal, Hamza, Kubra, Are great people to be with”, added Ahsan. For this drama series “Alif”, we have been informed that Ahsan Khan is paired along Kubra Khan; we can’t wait to see how this on screen chemistry turns out to be.

Another project in which Ahsan Khan is working simultaneously, which is also going to on-air soon is drama series “Angan”. While talking to OY Ahsan shared about this series, “Aangan is the other play I m working on these days. As it is period drama and I am working with one of my most favorite director and production house. Who are working together once again after their hit drama series “Uddari”.

The star cast for this series include, Mawra , Sajal, Sonia, Hira, Abid Ali, Zaib Rehman, Ahad, Omair Rana. “With all this wonderful cast I am loving the energy on the sets”, added Ahsan Khan.

On asking about his character in this drama series Aangan, Ahsan told, “for the time being, all I can share about it, is that I am playing the one who is responsible for bringing in the twist in the story. People would like to see the way we have portrayed our characters”.

“Another project includes my own production, Maryam Parera. This drama series speaks about the rights of minorities in our country and how they are equally important”, revealed Ahsan Khan and he also shared about the star cast, “It has Sadia Khan, Myself, Emad Irfani, Seemi Raheel, Rasheed Naz , Ayub Khosa”.

Ahsan Khan also shared that apart from these three drama series he is also busy in working in 2 film projects, details are to be revealed soon. “And I will be bringing the Borayiat Buster Show once again for the kids”.

When we asked him how is his U.K trip going along Ahsan gave it a thumbs up, saying, “I m training for a few things here, I have joined some acting workshop, and a bit of Snippet shooting and a few other things”. Hope he will be sharing some photos of his trip on Insta as well. OY wishes him very best for all his upcoming ventures.

tweet
Share on FacebookShare on TwitterShare on PinterestShare on Reddit
Saman SiddiquiJuly 16, 2018
the authorSaman Siddiqui
Saman Siddiqui, A freelance journalist with a Master’s Degree in Mass Communication and MS in Peace and Conflict Studies. Associated with the media industry since 2006. Experience in various capacities including Program Host, Researcher, News Producer, Documentary Making, Voice Over, Content Writing Copy Editing, and Blogging, and currently associated with OyeYeah since 2018, working as an Editor.
All posts bySaman Siddiqui