Deepika Padukone thinks Fawad Khan has the most dreamy eyes

“Fawad Khan has the dreamiest eyes in Bollywood,” she said. 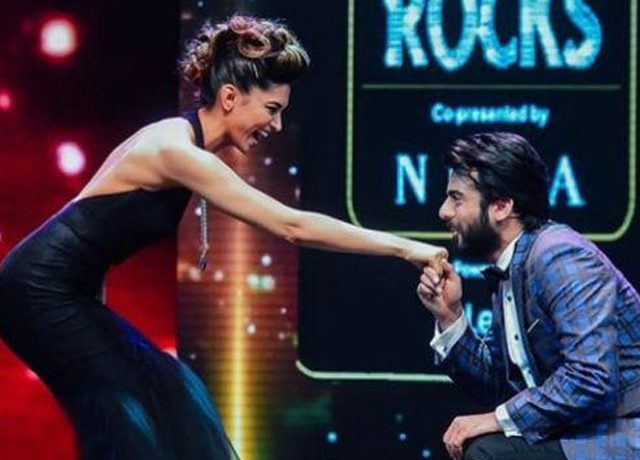 Deepika Padukone along with Aliaa Bhatt graced the first episode of Karan Johar’s talk show Koffee With Karan. The episode was obviously full gossip and ‘conjecture’ that the show is famous for. Oh but guess what?! Fawad Khan’s naming was also part of the show.

Deepika was asked who she thinks has the dreamiest eyes in Bollywood. Any guesses what she said? Fawad Khan!

“Fawad Khan has the dreamiest eyes in Bollywood,” she said.

Karan was prompt to admit and say that ‘he tends to agree’ with Deepika on this one.

While Fawad and Deepika have not done any movies together, the two set the ramp on fire when they walked for Manish Malhotra in 2016.

Fawad had earlier said, “I would be very excited to work with Deepika. It would be an amazing experience. I am very excited and enthusiastic about it. It would be the two right words to describe my feelings about our collaboration.”

In fact, according to reports, Deepika had also recommended Fawad Khan to Sanjay Leela Bhansali. “Deepika personally arranged for a meeting between Sanjay and Fawad. The two met and had a cordial chat. However, nothing came out of it. Sanjay did not see Fawad in the role of Deepika’s husband,” a source reported.