The actress has been booked for attacking cops, freeing ‘suspects’ from custody 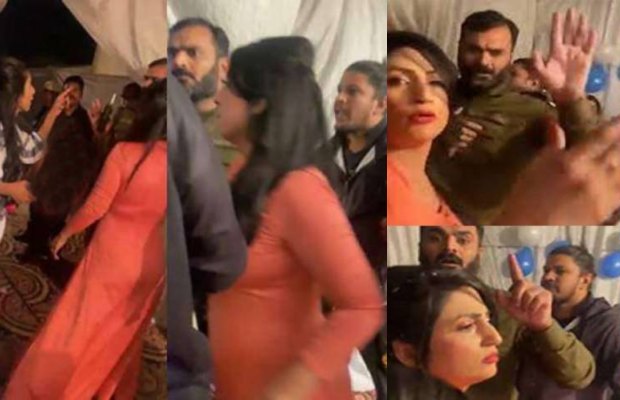 The actress has been booked for attacking cops, freeing ‘suspects’ from custody following the incident.

Punjab police have registered a case against the stage actor Dua Chaudhry as she along with her accomplices stormed into Green Town police station and freed two suspects after they were arrested for violating the Punjab Sound Systems (Regulation) Act.

In a strange turn of events, the stage actress Dua Chaudhry is reported to have attacked the Green Town Police Station on Monday and released her colleagues from lockups.

According to the police, the actress also tore up the uniforms and badly tortured the policemen.

The actress attacked the police station after two people were taken into custody from her residence.

Reportedly, two employees, Adnan Tariq and Abdullah were taken into custody from the venue.

Police took action after the locals complained of violations.