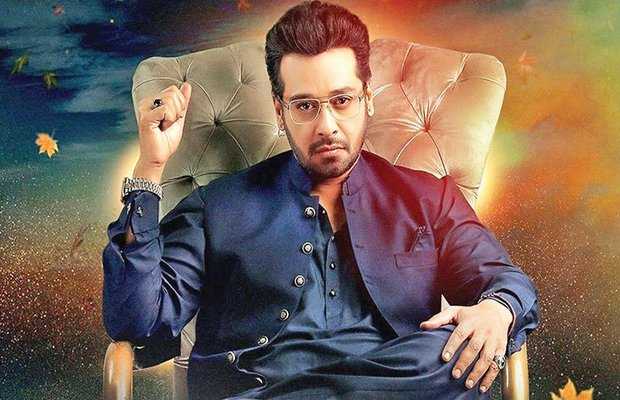 Faysal Quraishi is making a major comeback on our TV screens with new drama serial Muqaddar which is all set to go on air from Monday, 17th February on Geo Entertainment.

Faysal essays an influential figure, Saif ur Rehman in the play. He is a politician who falls in love with a much younger, broadcast journalist, Raima – essayed by Madiha Imam.

Please note that Muqaddar is the same play during the shoot of which Faysal was hit by a rubber bullet and was badly injured.  The actor had received immense appreciation for his commitment towards his work when reports emerged that he had continued shooting despite being injured on the sets of his upcoming project.

Written by Iqbal Bano and directed by Sheherazade Sheikh, the upcoming drama is produced by Abdullah Kadwani and Asad Qureshi under the banner of 7th Sky Entertainment.

Faysal was last seen in Geo TV’s Baba Jani, which highlighted the struggles of men and what they go through while fulfilling responsibilities. The actor garnered immense praise for his stellar performance in the play.