The actress has begun shooting for the film. 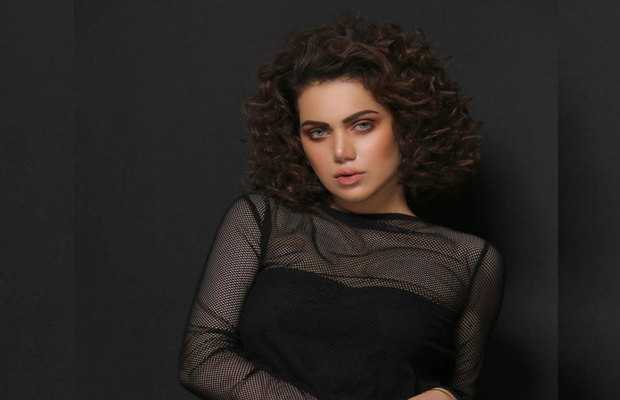 Having played versatile roles, ranging from villainous to docile, within a very short span of time, Ghana Ali has successfully mastered every disposition she’s taken up.

The tv and film star is now excited to play a challenging character in her second film for 2020. The actress has begun shooting for the film and she shared a few BTS images from the shoot on her Instagram while also sharing the news with her fans.

‘Shooting for my second film for 2020 Alhumdulillah. Japanese connection !!!,’ Ghana wrote revealing the name of the film.

Ghana also unveiled the name of her character in the film and we assume from her makeover and dressing in the BTS images that she is going to essay an evil character this time.

‘Being Jenny!!! This character is definitely the challenging one and something any artist would love to do, I hope I don’t let anyone down and do justice with Jenny!!!!,’ Ghana continued.

Shooting for my second film for 2020 Alhumdulillah Japanese connection !!! Being Jenny!!! This character is definitely the challenging one and something any artist would love to do, I hope I don’t let anyone down and do justice with Jenny!!!! Finger crossed 🤞 soo excited for this one When Allah is with you!! No one can stop you!! All you need is ( faith ) And justice to your work!! It’s good to be back :)) Let’s do this 😊🙏🏻 #ghanaali

Ghana Ali’s first film for 2020, Gawah Rehna, alongside Emmad Erfani will be releasing in March. The film is a collaboration between Pakistan and Turkey and is based on Khilafat Movement. The cast of the film also includes Turkish actor Mert Sismanlar, Rabya Kulsoom, Faisal Imtiaz, Rehan Nazim, and veteran actor Qavi Khan. The film will be released both in Pakistan and Turkey.

Ghana made her film debut with the musical drama Rangreza in 2017.