This telefilm is based on very intense romantic drama story 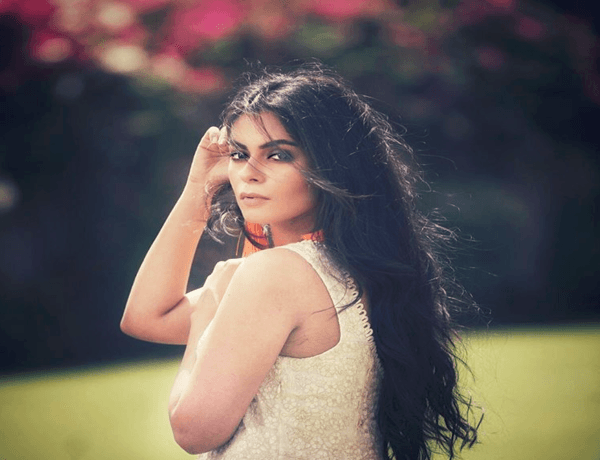 We all know Amar Khan from her recent super natural thriller series Belapur Ki Dayan and period drama series “Gughi”. Having started her TV acting career just few years back form a telefilm in 2016 “Chasm e Badur”, actress Amar Khan is surely making her mark with all her acting talent. Soon we will be seeing her in an upcoming telefilm whose work has been wrapped up recently, “Mohabat Cheez Hai Kia”.

Talking to us, Amar shared her views about telefilms in Pakistan, “Usually we have telefilms with a certain flavor with lots of comedy and sometimes with few songs, mostly following a love story”, adding further to it she tells OY about her upcoming telefilm which will be aired on TV One probably sometimes near Eid.

This telefilm at the moment has the working title called, “Mohabat Cheez Hai Kia”. It will be featuring Daniyal Raheel and Hammad Farooqi along Amar. Hina Khawaja Bayat will be playing her mother in this telefilm, along with many other supporting characters.

Amar says she can only share few details about the story plot at the moment, “The story was written under the supervision of none other than Noor Ul Huda Shah, by Hanif Chohan and directed by Sheherzad Sheikh. It is a very intense romance drama about a girl of present time, who has grown up while reading classical romantic novels. She happens to be an over thinker and a kind of psycho”, sharing a bit few details about her character Amar tells, “The girl happens to love a man for around 4 to 5 years and she gets married to him. But somehow things go wrong, the kind of fire, the kind of compatibility and the kind of intensity: she was seeking from her marriage, she fails to find all that.”

“That girl is a very strong headed, independent woman. Who takes the decision by saying no. and she says No…this is not the kind of relation I wanted. This story is based on such theme as the girl has grown up listening to romantic folk tales like Heer Ranjha and Laila Majnoon. And then another man enters her life,” shares Amar.

The story seems to be quite promising as this young talented actress shares with OY, “It is going to be a new screen. People are going to enjoy it for sure. Even the shoot has been carried out with various aspects, not confined into bedroom scenes. It won’t be a predictable act and it’s more kind of spontaneous”.

tweet
Share on FacebookShare on TwitterShare on PinterestShare on Reddit
Saman SiddiquiJuly 26, 2018
the authorSaman Siddiqui
Saman Siddiqui, A freelance journalist with a Master’s Degree in Mass Communication and MS in Peace and Conflict Studies. Associated with the media industry since 2006. Experience in various capacities including Program Host, Researcher, News Producer, Documentary Making, Voice Over, Content Writing Copy Editing, and Blogging, and currently associated with OyeYeah since 2018, working as an Editor.
All posts bySaman Siddiqui