The four-page-long legal notice was sent today addressed to Jami's office in Karachi. 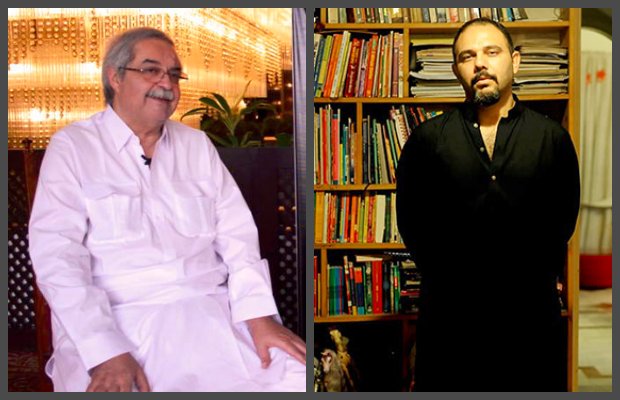 Hameed Haroon, CEO of Dawn has sent a legal notice to filmmaker Jamshed Mahmood on Monday under Section 8 of the Defamation Ordinance 2002, through his lawyer asking for an unconditional public apology and retraction of rape allegations.

The four-page-long legal notice was sent today addressed to Jami’s office in Karachi. Referring to Jami’s tweets from October 20, noting that”the alleged rapist was never specifically named, even though hints and innuendos were dropped from time to time that could conceivably be taken as suggesting that the alleged rapist was our client [Haroon]”.

“That almost two months after circulating your first tweet on being allegedly raped, and strangely and abruptly traveling outside Pakistan, on December 28, 2019, on the social media platform Twitter, you falsely and maliciously labeled our client as an alleged rapist.

“This false and malicious allegation has been leveled at the instigation of powerful interests in the state and society who, for their own motives and the promotion of their own repressive narrative, wish to destroy our client’s credibility, especially his credibility as a leading advocate of the freedom of the press”, notice further added.

Jami has confirmed that he had received the notice while talking to Dawn.com, and was in the process of reading through it. however, he further added that an apology was not even a distant possibility.

Jami who is reported to be currently in the United States said, “There is a lot that needs to be done for victims of sexual harassment and for future victims”, adding that he had addressed many of the points raised in Haroon’s notice in his previous posts on social media.

The notice served to Jami has termed the allegation “a false statement […] to injure the reputation” of Haroon and says it aims to subject Haroon to “ridicule, unjust criticism, dislike, contempt and hatred and to target the freedom of the press”.

The notice further says that unless Jami circulates an unconditional public apology and issues a public statement retracting his allegation of rape from all social media posts and other media outlets within 14 days of the receipt of this notice, Haroon Hameed reserves the right to initiate civil and criminal legal proceedings against the director under Section 499 of the Pakistan Penal Code, 1860, and the Defamation Ordinance, 2002, and other applicable laws.

tweet
Share on FacebookShare on TwitterShare on PinterestShare on Reddit
Saman SiddiquiJanuary 6, 2020
the authorSaman Siddiqui
Saman Siddiqui, A freelance journalist with a Master’s Degree in Mass Communication and MS in Peace and Conflict Studies. Associated with the media industry since 2006. Experience in various capacities including Program Host, Researcher, News Producer, Documentary Making, Voice Over, Content Writing Copy Editing, and Blogging, and currently associated with OyeYeah since 2018, working as an Editor.
All posts bySaman Siddiqui