TikTok star claims that she slapped the religious scholar over unethical comments. 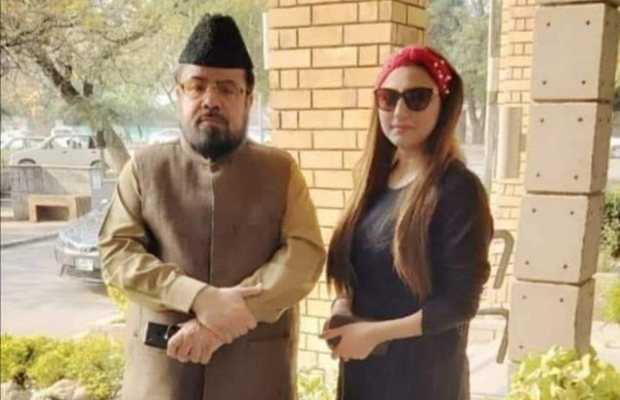 Hareem Shah has slapped Mufti Qavi in a hotel room in Karachi, it emerged on Monday.

A brief video clip is doing rounds on social media showing the infamous TikTok star in a red attire slapping on Mufti Qavi’s face who appears to be sitting on a bed.

Adding more to the controversy, the TikTok star Hareem Shah also posted a video on Instagram in which she can be seen slapping Mufti Abdul Qavi.

“Will share the reason for slapping MuftiQavi soon”, she wrote.

Later, in an interview, Hareem Shah who is all set to make her acting debut, said that she slapped the religious scholar over unethical comments.

On the other hand, Mufti Qavi in a statement to a news channel said that Hareem Shah entered his hotel room along with a girl and slapped him for no reason, and left.

However, the recent incident has left netizens to share there two cents over the incident as both the public figures do have a history of controversies to their credits:

And Indeed he has gone through his trials ✌️
Mufti Abdul Qavi slapped by Hareem Shah 😁
Exclusive! 💤#StudentsWantOlineExams pic.twitter.com/dh0uXy3lO1