It was in 2014 when she made her Bollywood debut starring in Kunal Deshmukh's Raja Natwarlal opposite Emraan Hashmi. 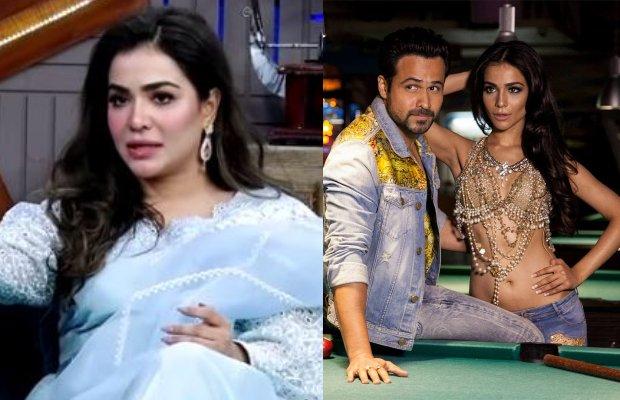 Malick after making her film debut in Shoaib Mansoor’s Bol. In 2012, she appeared in Shehzad Rafique’s Ishq Khuda.

And it was in 2014 when she made her Bollywood debut starring in Kunal Deshmukh’s Raja Natwarlal opposite Emraan Hashmi.


And year after her Bollywood film the actress recalls the backlash she faced for opting for a bold role-playing a bar dancer.

While making an appearance on Nauman Ijaaz’s talk show, G Sarkar, Humaima talked about her working experience in Bollywood.


She said she had a good experience working with Emraan Hashmi and the Indian actor is her friend now however people criticized her by saying that she has gone from ‘Bol to Bold’.

“There was a lot of hatred for me as I performed the role of a bar dancer,’ she said.

And the backlash has made her realize that she needs to consider the sentiments of her Pakistani fans before accepting any projects.

Watch Humaima Malick talking about why she did bold scenes with Emraan Hashmi: