"People get really confused with this story," Javeria said 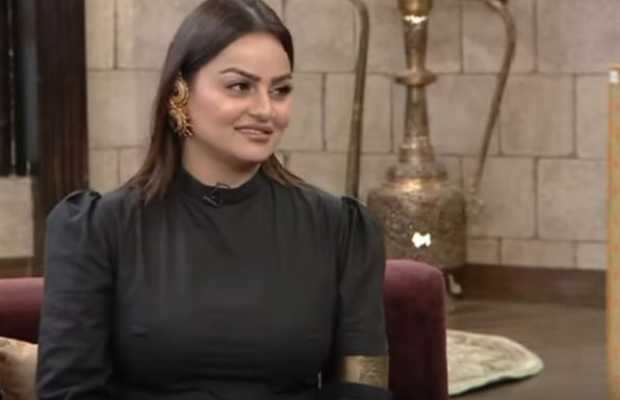 Javeria Abbasi reveals how her ex-husband became her step-brother!

You must have heard of those mind-bending relationship riddles but the veteran actress Javria shared a living example of such relations.

It was a few days ago when Javeria made an appearance on Ramzan’s special talk show hosted by Nadia Yasir.

The Taana Baana star shared her journey in the world of show business.  “I went to Express Talent as an audience member,” she revealed.

“I always wanted to go backstage and meet the artists. Nayla Jaffrey saw me there when I went to ask her for an autograph. She asked me to audition instead. After that, I worked with your [host Nida Yasir’s] father for the first time, got my first award for the same PTV drama. Did a lot of struggle as well, “Javeria added.

And later the host of the show revealed to the audience that how Javeria and Shamoon ended up being step-siblings.

“Javeria’s mother and Shamoon’s father got married. Javeria and Shamoon were step-siblings,” Nida explained as the guest nodded.

The host also revealed that how actors’ lives were made into a drama serial, titled Hum Tum.

The veteran actress has always been vocal about her marriage to Shamoon Abbasi which ended up in divorce.

She also opened up about being a single parent. “I can give my child a great life from whatever I earn. I don’t need a man. I raised my child well. I have an amazing daughter; she’s beautiful; she’s working and I’m so happy that she’s a well-educated girl. What else do you want in life?” she had said.