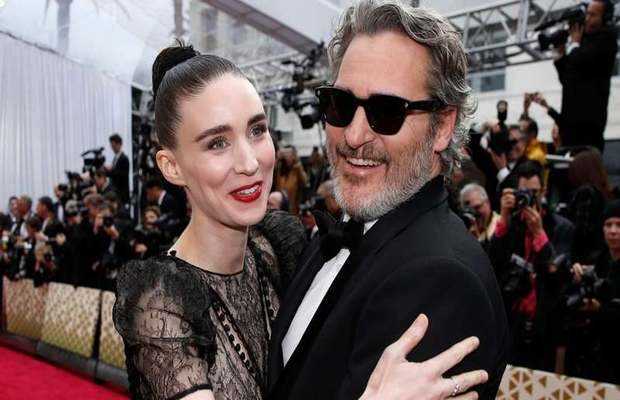 Oscar winner Joaquin Phoenix and his fiance actress Rooney Mara have been blessed with a baby boy. The Joker actor named his son River, after his late brother who passed away in 1993.

“He just got a baby, by the way, his name was… a beautiful son called River,” said Victor Kossakovsky at 2020 Zurich Film Festival.

The festival held screening of Gunda, a film that Phoenix was executive producer of. Kossakovsky while apologizing for his colleague’s absence confirmed the news, “he cannot promote it now,” he said of the Joker actor.

It is believed that Phoenix, 45 and Rooney, 35 had their baby boy almost a month ago but like the pregnancy kept the baby’s arrival news under wraps. The couple first met in 2013 at the set of their film Her and started dating in 2016. They announced their engagement in last year May.