The rapper, who is running for the presidential bid, has some big bright ideas 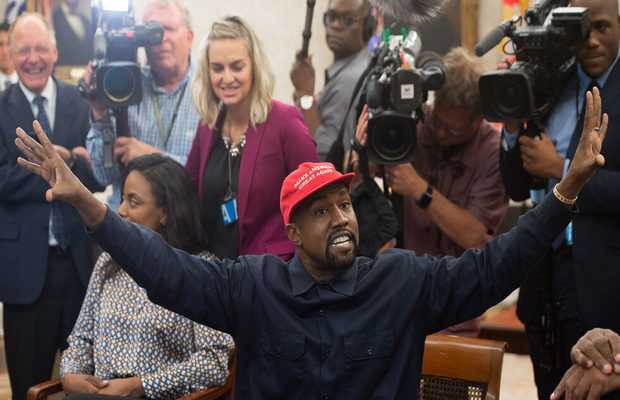 Rapper Kanye West who recently jolted the world with his July 4 tweet announcing his bid for the presidential candidacy in the 2020 elections has some big, bright ideas to implement if he makes it to the White House. The first of many is to revamp the presidential palace into a structure like a film Black Panther’s Wakanda.

“A lot of Africans do not like the movie and representation of themselves in…Wakanda,” said the husband of reality star Kim Kardashian.

“But I’m gonna use the framework of Wakanda right now because it’s the best explanation of what our design group is going to feel like in the White House,” he continued.

Read More : Kanye West announces he will run for US President in 2020, and Twitter cant handle this!

Giving references of the Marvel movie and revealing some more super genius concepts, West concealed that his plan indeed has a positive outlook.

“That is a positive idea: you got Kanye West, one of the most powerful humans —I’m not saying the most because you got a lot of alien level superpowers and it’s only collectively that we can set it free,” he went on.

Looks like after Donald Trump being elected as president, Kanye who has been a guest of White House has a lot to be confident about. From what may come but America is definitely in for another circus of the election on November 3, 2020.