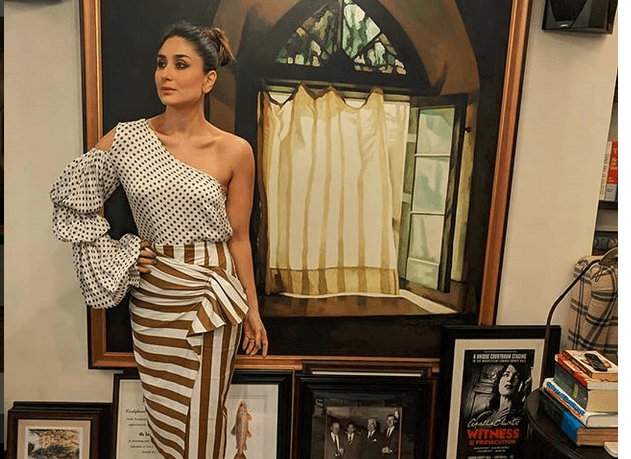 Bollywood actress Kareena Kapoor Khan, is all geared up for making her debut as a radio show presenter. She is making her presence felt with the microphone, as she speaks about #MeToo and #WhatWomenWant.

While speaking at the launch of her radio show, Ishq 104.8 FM’s she lauds about various issues faced by women, and the slogan of her show “What Women Want”.

Kareena spoke about the women in the film industry, who want a secure work place and according to her currently that is being addressed.

“We are openly having discussion today. The fact that there are so many women, who have come out and spoken, that’s a start. The fact is earlier people hadn’t spoken for years”, Kareena said.

“Today, people have come out and I really appreciate those women, who actually had the courage to stand up and talk and that is going to help all of us change our workplace and give us security,” she further added.

Kareena further said that every woman in the film industry should feel safe in her workplace. “Whoever it is, big or small, it has to be safe. It doesn’t matter whether you are the biggest superstar or the smallest, women have to be secure. And the most important thing is that we have to keep this momentum going. We have to keep the conversation alive and once we do that, a lot will change,” she said.

When asked upon, what she has been wanting as a woman all her life, Kareena replied, “I have always been someone who wanted to follow her heart. When I was getting married people told me that don’t get married because your career will end after that. No producer will take you in his films and you will not get any work.”

Film actress who is married to Saif Ali Khan, also talked about her marriage life and work, “But after marriage, I have been working so much that sometimes, I say I don’t want to work too much”, she added.

The 38-year-old added, “I wouldn’t listen to what people had to say. I am doing more work than earlier, I would like to continue and I hope that, I will always follow my heart and that’s what I wanted to do”.

tweet
Share on FacebookShare on TwitterShare on PinterestShare on Reddit
Saman SiddiquiNovember 21, 2018
the authorSaman Siddiqui
Saman Siddiqui, A freelance journalist with a Master’s Degree in Mass Communication and MS in Peace and Conflict Studies. Associated with the media industry since 2006. Experience in various capacities including Program Host, Researcher, News Producer, Documentary Making, Voice Over, Content Writing Copy Editing, and Blogging, and currently associated with OyeYeah since 2018, working as an Editor.
All posts bySaman Siddiqui