Kubra was quick to give a befitting reply to the troll who tried to be cheeky. 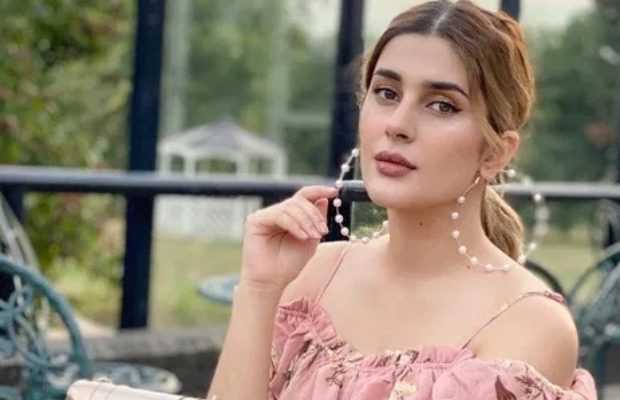 It emerged during an Ask Away session on Instagram when one of Kubra’s followers asked: “Yeh Cobra nam kisne rakha tha..??” (who named you Cobra?)

Kubra was quick to give a befitting reply to the troll who tried to be cheeky.

“You might find it funny but it is not,” Kubra said.

“Firstly, it is Kubra and not Cobra. Secondly, it means great,” Kubra replied.

“Lastly, she told the troll to have some respect since Kubra was the name of Imam Hussain’s (AS) eldest daughter,” Kubra added.

“Have some respect”, Kubra said. 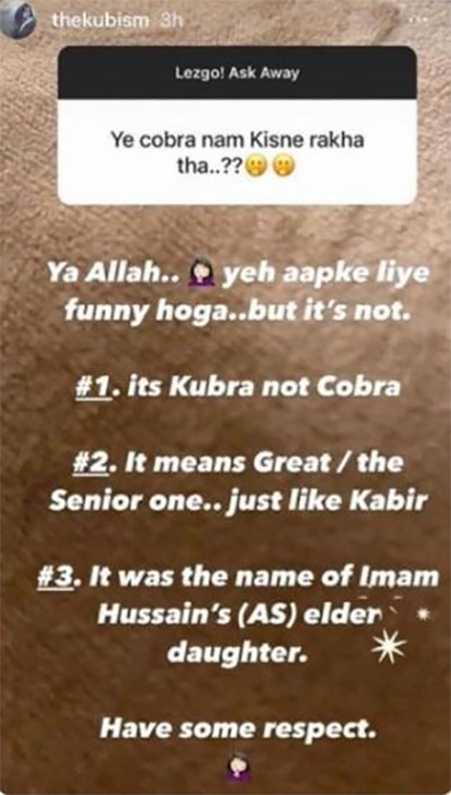