She is playing the character of Hareem who is madly in love with Imran Abbas’s character. 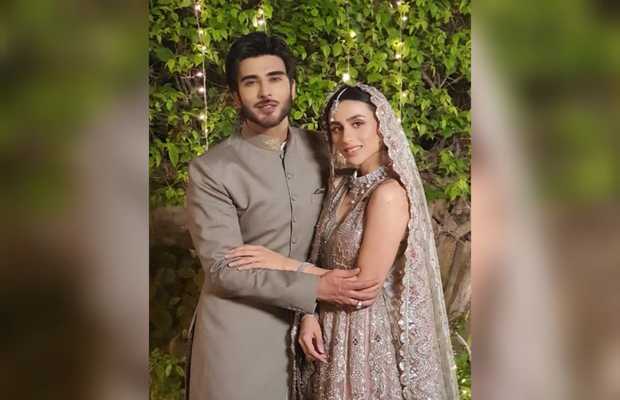 Suno Chanda famed TV actress Mashal Khan is yet again set to take the industry by storm as she joins the lead cast of Thora Sa Haq alongside Imran Abbas and Ayeza Khan. The first episode of the drama will go on-air tonight on ARY Digital at 08:00 pm.

Mashal Khan recently joined the industry after completing her degree in Mathematics at McGill University in Canada. Her recent work includes “Mere Humdam” and “Suno Chanda 2.”

The promo of Thora Sa Haq begins with Mashal’s enigmatic character dresses from head to toe in a modern bridal Jora by Ten Durrani. It establishes that she is playing the character of Hareem who is madly in love with Imran Abbas’s character. They live in the same house and end up tying the knot due to some familial issues. What ensues are heartbreak, loss, and struggle.

The actress has played a demanding character, with highs and lows, challenging her performance and ultimately leading her to unlock new highs within her acting abilities.

‘I play the girl with a trusting nature, who is pretty much all or nothing. She’s either all in or not there at all. When she loves she loves hard,’ says Mashal about her character in the drama. ‘She tries to fight for people’s haq as much as she can and then, in the end, she has to fight for her own and the one thing she loves most begins to break her,’ she adds.

It’s exciting to see what Mashal will come up with next, at this point the Industry is her oyster, and we’re enjoying watching her grow as a performer and as a person.