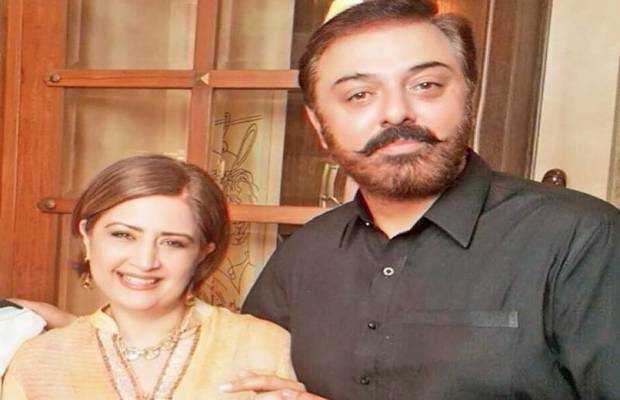 Remember earlier this year writer Khalilur Rehman Qamar lashed out at feminists and the ‘kind’ of women who step out of the sacred marital relationship, while some of Qamar’s remarks were extremely disturbing, he isn’t the first or the last media personality to have twisted views unfortunately. From undermining mental health issues by Hocane sisters to joke about child abuse by Yasir Hussain, we have had it all.

The latest celebrities to make unfathomable statements for sane minds, are veterans Nauman Ijaz and Atiqa Odho. While Nauman’s remarks about infidelity were wrong, to put it nicely, Atiqa’s defense of calling it a cute joke is far more troubling.

“Every moment. That happens daily. I love beautiful women who are hard to get. So I fall in love with them even more. And she doesn’t find out. I’m such a great actor and an intelligent man that my wife, thank God, never finds out,” Nauman was seen saying in a year old interview to Iffat Omar.

And right when Nauman was given a piece of mind by netizens, Atiqa just laughed it off and went as far as saying that his wife in fact enjoys such jokes.

“My dear friend @naumaanijazofficial. You really know how to get people’s attention!” Atiqa made first correct statement.

“Trust you to joke about infidelity and people start to take it all so seriously. Great way to get their attention. Hats off to my buddy Rabia for also laughing it off knowing her husband loves to poke people’s imagination. You are so naughty and entertaining,” she added.

Atiqa then went on to school everyone who had called out Nauman for his weird thoughts and lauded him for exposing people’s narrow minds.

It’s just a big unfathomable ball of weird, twisted ideas, tone-deaf statements and passing of remarks without an attempt to think. Probably high time our celebrities go back to school and enhance their 18th century’s views?