Bollywood celebs come out in her support. 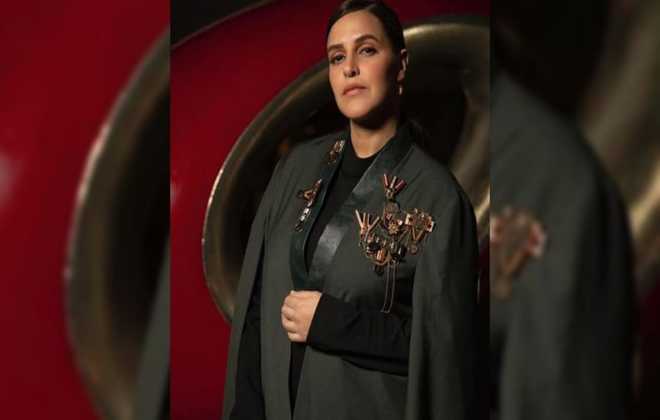 Bollywood actress Neha Dhupia, who welcomed her daughter with husband Angad Bedi in November last year, was recently trolled for her post-pregnancy weight.

Hitting back at the publication, which criticized her, Neha has written an elaborate response on social media post and saying that fat shaming does not bother her as she wants to be fit and energetic for her new-born daughter.

The celebrity star does want to address fat-shaming as a larger problem as it needs to stop for everyone and not just celebs.

The actress captioned her post with the famous Ariana Grande reference:
“Thank you, next!” and went on to silence all those taking a dig: “I don’t owe anyone an explanation because fat-shaming like this doesn’t bother me one bit. But I do want to address this as a larger problem because fat-shaming needs to stop for EVERYONE and not just celebs. As a new mom, I want to be fit, healthy and energetic for my daughter. So I work out every day, sometimes twice a day because for me…’Fitness’ is a priority and not ‘fitting into’ society’s standards regarding looks. And I hope in the future people are kinder to each other while making such vapid and vile comments. To quote @Pattonoswalt…Be kind. It’s chaos out there.”

Her response was immediately lauded with roaring applause from her fans, well-wishers, and mainly by Bollywood celebrities.

“You are beautiful no matter what any one says “ https://t.co/4HU6XQbPdx

Neha! You are an amazing Woman! You walk so many paths with humour…with intelligence and with abandon! It’s never about losing weight it’s always about gaining perspective! And I hope the woman who wrote this has gained some today…. https://t.co/VhlGJtM4Oj

You go dear Neha! The shallowness of judging people by looks, colour & size is a disease in itself- Forgive them for they know not what they speak- They’re curse is their own mind! #idiots

It's really disheartening when media comments like this. Being fat does not mean the end of the world. It's high time that we embrace ourselves and not get affected by such stupid and illogical comments.
Being fit is more important.#NehaDhupia https://t.co/23xX9fjupM