Prince William Gets in Touch with Christchurch Muslim Community 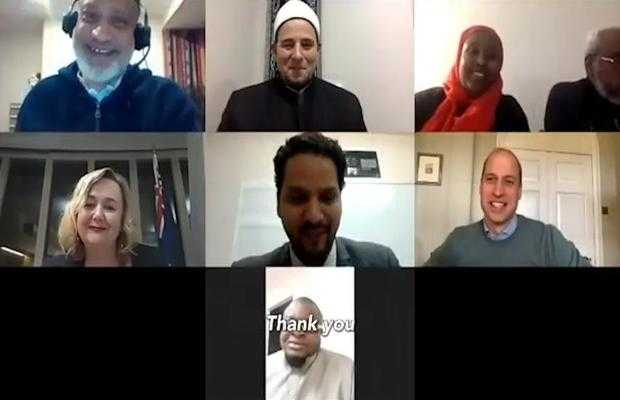 Earlier last year in March, New Zealand’s city Christchurch was jolted as a terrorist attack was carried out on the premises of Masjid Al Noor and Linwood Islamic Center, killing 51 innocent Muslims. Weeks after the attack, Duke of Cambridge Prince William was on ground to meet the victims and their families as well as representatives of the Muslim community.

A year after the horrendous attack, the Prince once again reached out to reconnect with the notable figures of the community as he carried out a Zoom conference call with Imam of Masjid Al Noor, Linwood Islamic Centre, members of Muslim Association of Canterbury and MP Dr. Megan Woods who is a local.

“The Duke of Cambridge joined a videocall to reconnect with members of the Christchurch Muslim community that he met last year in the aftermath of the Al-Noor and Linwood Mosque terrorist attacks,” said the official Twitter handle of Kensington Palace.

In the 40-minute long video call, the Duke got a chance to speak to the Muslim community regarding their wellbeing and healing since the attack, and how life has now proceeded to be as they continue to fight terrorism under Jacinda Adern’s leadership.

“I’m really proud of all of you, the whole community, and the New Zealand Government for how you have all dealt with such an atrocity. You are a role model for how something so tragic can be negotiated with the utmost grace and dignity,” Prince William said at the end of the call.