It seems like the Suits actress’s hard efforts have finally paid off. 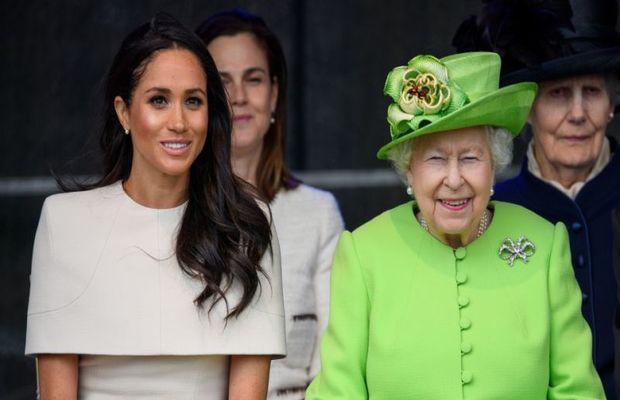 Queen Elizabeth is reported to be “really impressed” with the Duchess of Sussex Meghan Markle’s recent African trip.

Seems like this time media has something progressive to report this time since in past it was being highlighted by various media reports that there had been some stressed relationship between the Queen of England and her American granddaughter in law.

In the new issue of Us Weekly, a source has revealed that the queen is thrilled by Duchess of Sussex’s recent trip to Africa, where she showed her “more mature” side and therefore has earned the royal’s respect.

“She’s seeing a more mature, responsible side of Harry, and she’s really impressed with how Meghan’s upped her game,” told the source to Us Weekly.

Read More : Who is the Queen Elizabeth closer to; Kate Middleton or Meghan Markle?

“This is the real Meghan,” added the source. “It’s not an act. And while she’ll never replace Diana, she’s determined to follow in her footsteps.”

It seems like the Suits actress’s hard efforts have finally paid off.

A source had previously told the Us Weekly that soon after the 38-year-old royal tied the knots with Prince Harry in May 2018, she “quickly demonstrated that she is intelligent, polite and keen to learn”.

The source further had added that her “enthusiasm toward living a life of service and humanitarianism excites the queen and it’s just the type of vim and vigor she likes to see in someone.”