The resemblance to Kapil Dev is definitely uncanny 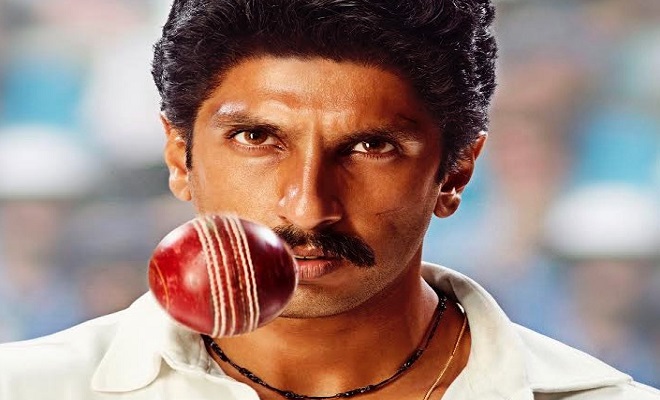 He’s a chameleon and can slip into any character with ease. In his career of nine years, he has twice played and impressed, historical characters (Peshwa Bajirao II in Bajirao Mastani and Alauddin Khilji in “Padmaavat“) and now, as he gears up to play a living legend, Kapil Dev, Ranveer Singh has definitely impressed his audience with his outlook for the film.

On his birthday, Ranveer Singh shared the first look from his film 83, where he plays Kapil Dev. The film is based on Kapil Dev, the cricketing champ, and captain of the Indian team that won the 1983 world cup.

Taking to Twitter, Ranveer Singh, wrote, “On my special day, here’s presenting the Haryana hurricane, Kapil Dev.” Ranveer Singh looks impeccable dressed in a white tee and spinning the ball in his hand with ferocity. The look in his eyes is sharp and the resemblance to Kapil Dev is definitely uncanny here.

Directed by Kabir Singh, 83 is currently being shot in London. The film is slated for release in April 2020.