Former Lollywood superstar Reema Khan is celebrating her 9th wedding anniversary in the US.

Reema Khan tied the knot with a Pakistani-American cardiologist S. Tariq Shahab in 2011. 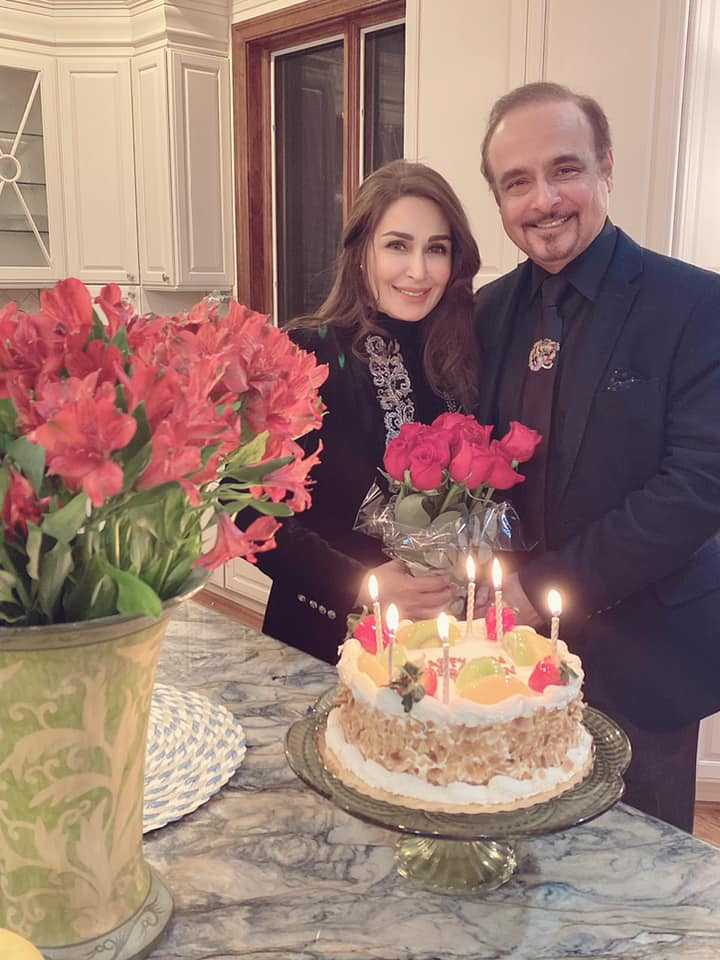 Starlet took to social media to share a glimpse at her celebrations. While sharing a photo of her anniversary cake and one with her husband Reema wrote,  “FEELING GLAD AND BLESSED ON OUR WEDDING ANNIVERSARY – NOVEMBER 18TH”.

“It feels like yesterday. Thank God for giving me a nice husband, an adoring son and so many good friends”, he further added. 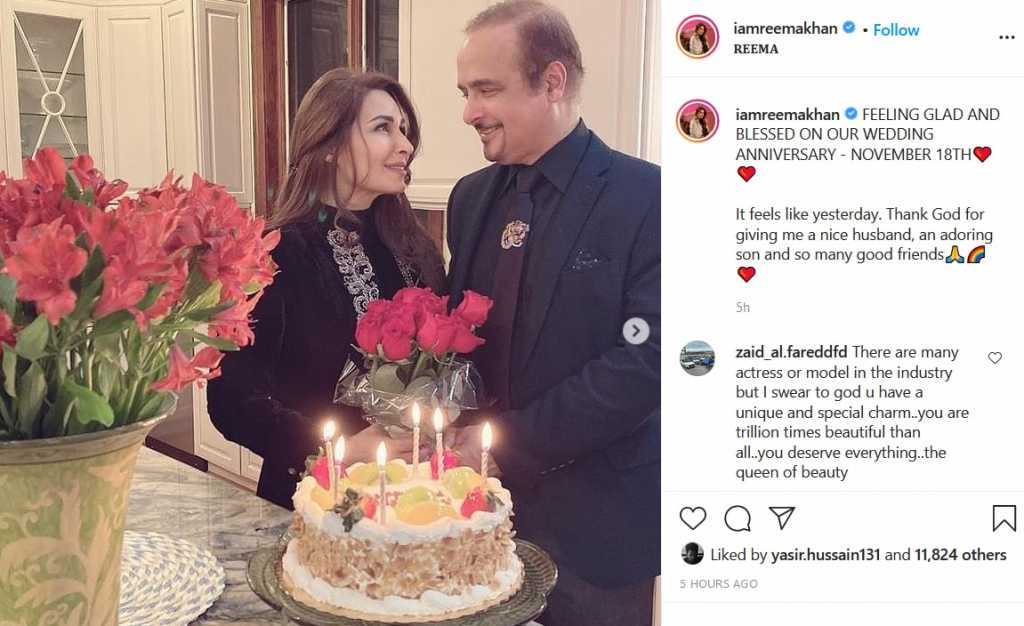 Though Reema Khan moved to the US after getting married, from time to time she kept appearing on Pakistani channels by hosting various shows including Ramazan transmissions for various local channels. 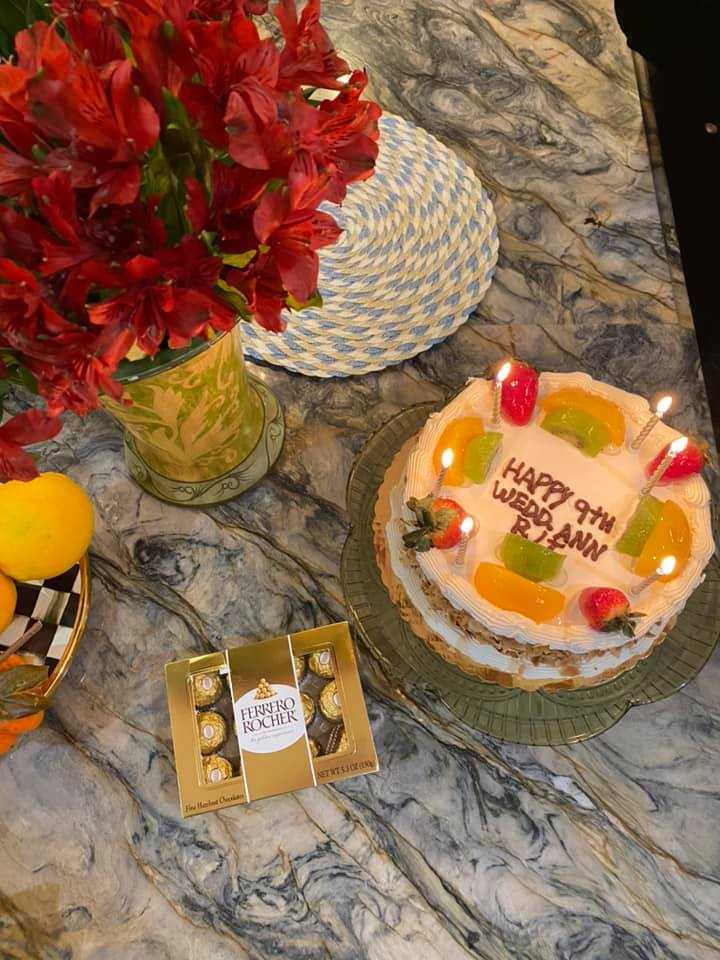 Here at Oyeyeah, we wish the couple a very happy wedding anniversary and a very happy and prosperous life ahead!