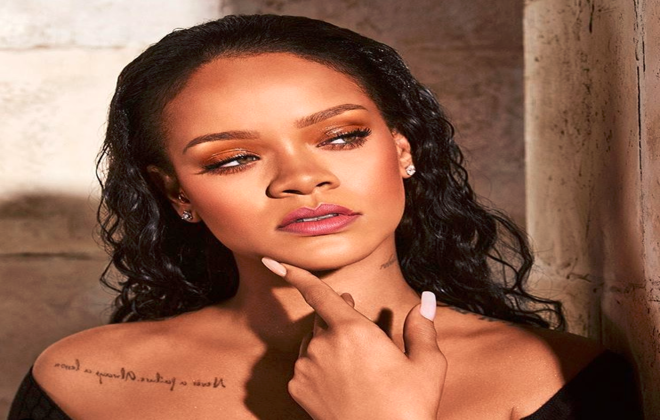 Singer Rihanna has confirmed that her new album will come out next year. The celebrity singer shared the news while responding to fan on social media.

“But when is the new album dropping Robyn?” an Instagram user asked on a promotional photo for a new shade of lipstick from Rihanna’s Fenty beauty line. “Can we have a release date for that?”.
“2019”, the singer responded.

The album is going to be Rihanna’s first release since 2016’s “ANTI,” her eighth studio album.
It was earlier this year when Rihanna announced that she was back in the studio. Till now no further details are known about the album, including collaborations and the track listings.

But in December earlier, her vocal producer, Kuk Harrell did tease something about R9.
“R9 is amazing. It’s incredible. And that’s all I’m going to say,” Harrell added.

The celebrity singer also stared in film “Ocean’s 8” earlier this year, playing a hacker who works with a team of seven other women to steal jewels from the Met Gala.

tweet
Share on FacebookShare on TwitterShare on PinterestShare on Reddit
Saman SiddiquiDecember 23, 2018
the authorSaman Siddiqui
Saman Siddiqui, A freelance journalist with a Master’s Degree in Mass Communication and MS in Peace and Conflict Studies. Associated with the media industry since 2006. Experience in various capacities including Program Host, Researcher, News Producer, Documentary Making, Voice Over, Content Writing Copy Editing, and Blogging, and currently associated with OyeYeah since 2018, working as an Editor.
All posts bySaman Siddiqui