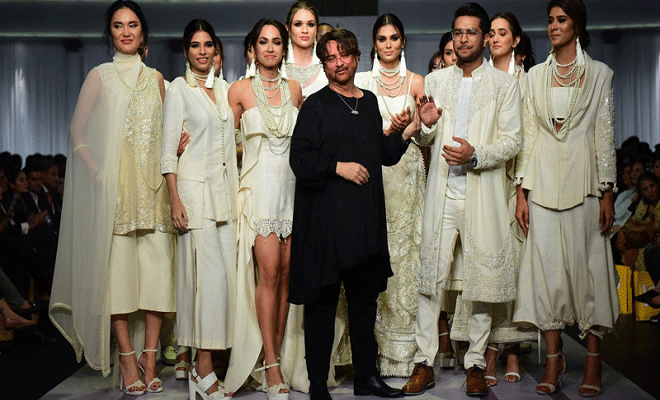 Like every year on 14th August, 116 individuals were granted Pakistan Civil awards by the President of Islamic Republic of Pakistan, Dr. Arif Alvi to honour their contributions and work for the betterment of Pakistan.

Fashion designer Rizwan Beyg was one of those few individuals. The renowned costumier will be receiving the highest civilian award for his contributions to the Pakistani fashion industry.

Read More: Mehwish Hayat to be presented with Tamgha-e-Imtiaz

He has pulled off iconic and unforgettable fashion shows, represented Pakistan overseas and designed a dress for the late Princess Diana as well.

The government of Pakistan will be honouring the designer with a Tamgha-i-Imtiaz at a ceremony which will be held on the next Pakistan Day i.e. 23 March, 2020.

The designer has not been notified officially. “I haven’t received an official letter from GOP yet. I just saw it announced on the President of Pakistan list in the paper.”