Although a very private person, Niro is one of Trumps biggest critics 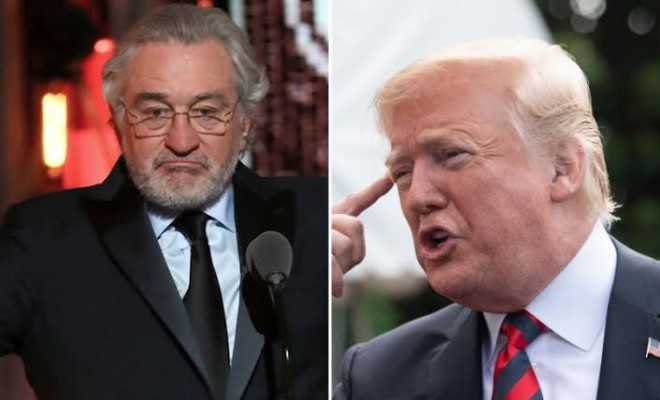 While receiving a standing ovation as he accepted his award, Niro threw a jibe Trump, without mentioning him by name, as the president faces a Senate trial this week on impeachment charges of abuse of power and obstruction of Congress.

“There’s right, and there’s wrong and there’s common sense, and there’s abuse of power, and as a citizen I have as much right as anyone else … to voice my opinion,” the actor said. “And if I have a bigger voice because of my situation, I’m going to use it whenever I see blatant abuse of power. And that’s all I’m going say about that tonight”.

A versatile actor with more than 100 films to his credit, Robert De Niro, also is co-founder of the Tribeca Film Festival in New York City.

Although Niro has always been a private person, the actor, over time, has emerged as one of Trump’s most vocal critics outside of political circles.

In 2018, he launched an expletive-laden attack on Trump on live television as a presenter on the stage of the Tony Awards for Broadway theater. Trump responded on Twitter by calling De Niro “a very low-key individual.”