Sadaf Kanwal remarks on #MeToo has sparked a new debate 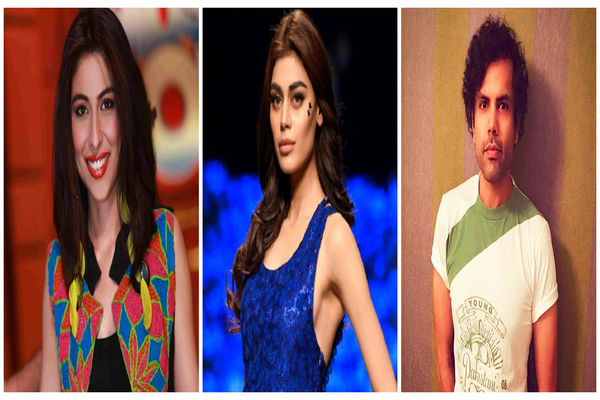 The recent remarks made by Pakistan’s top fashion model Sadaf Kanwal regarding #MeToo and sexual harassment in Pakistan have left the people with mixed reaction. Many are furious over her statement and few have come-up supporting her.
It all started when Sadaf Kanwal appeared in a TV talk show and was asked a question about the sexual harassment.

To which Sadaf replied, “You know aap ke sath #MeToo jab ho, tab bol do. Baad mein aap ko yaad araha hai #MeToo, So I think jab ho bol do. (You know, when you have a #MeToo incident, say it then. Why are you remembering it later? I think when it happens you should say it.)”.
She further added, “Agar mere saath #MeToo kabhi hua tou mai bolungi na. aur mai social media pe nahi bolungi mai aap sab ko bataungi (If I ever have a #MeToo incident, I would say it. And I won’t just say it on social media. I’d tell all of you.)”
The remarks made by the super model has sparked a new debate over social media, many people including celebs are pouring their comments on social media.

Mesha Shafi, who herself took the social media to point out her struggle of sexual harassment, seems not to be pleased with Sadaf’s comments. Taking it to twitter Meesha posted her comments, “Strong eyebrows. Do not a strong backbone make”.
As the super model Sadaf Kanwal is known best for her eyebrow features, Meesha took a hard hit without saying her name but pointing out at her features.

Strong eyebrows.. do not a strong backbone make 🤷🏻‍♀️ Pfffft

There were few others who came in posting in response of Sadaf Kanwal’s statement.

Sadaf Kanwal clearly doesn’t understand what the #MeToo movement is about.

These privileged women will benefit from the movements but refuse to be a part of it. @HSYCOUTUREKING #tonitewithhsy #humtv

I’m disappointed how Sadaf Kanwal made light of #metoo movement, how I was her fan, how her privilege blinds her to ordeals of sexual abuse victims who find courage to fight the evil, how all this education and exposure doesn’t bring empathy, how this is how she uses her impact. pic.twitter.com/XqY4u4Fw55

After this whole Sadaf Kanwal incident, I realize how difficult it must have been for @itsmeeshashafi to take a stand for herself and point a harasser in the same media community which harvests people like Sadaf.

But,  Fahad Hussain, CEO of Citrus, a leading talent agency of Pakistan, came in supporting Sadaf. He posted a series of messages in his Instagram story. He also posted on his insta, captioning the photo messages saying, “Strong eyebrows, even stronger backbone! @sadafkanwal , you are a fighter and a real person. Do not let these negative comments bring you down, they never did in the past, nor shall they do so in the future.
More power to you girl”.

tweet
Share on FacebookShare on TwitterShare on PinterestShare on Reddit
Saman SiddiquiSeptember 20, 2018
the authorSaman Siddiqui
Saman Siddiqui, A freelance journalist with a Master’s Degree in Mass Communication and MS in Peace and Conflict Studies. Associated with the media industry since 2006. Experience in various capacities including Program Host, Researcher, News Producer, Documentary Making, Voice Over, Content Writing Copy Editing, and Blogging, and currently associated with OyeYeah since 2018, working as an Editor.
All posts bySaman Siddiqui