Sara Ali Khan speaks out about Pakistan, its culture

“Our tehzeeb is the same so I don’t find it any different than the way we conduct ourselves”, says Sara Ali Khan. 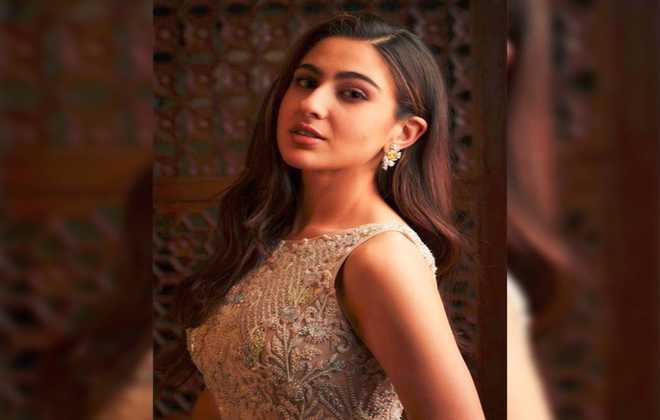 Young leading lady of Bollywood Sara Ali Khan in a recent interview has spoken about Pakistan and Pakistani culture.

https://www.instagram.com/p/BrkhWa7HB_Y/
She was speaking to a Pakistani entertainment and fashion magazine, Something Haute. She said “I don’t know much about the country itself but a lot of my family members live in Pakistan. Their culture, their fashion, their talaffuz, their khanay ka zaiqa and the way they conduct themselves is identical with ours. Our tehzeeb is the same so I don’t find it any different than the way we conduct ourselves”.

In the conversation Sara Ali Khan showed great command over Urdu language with and excellent Urdu pronunciation as well. The words she chose to express are making great impact on her Pakistani fans.

Sara Ali Khan who is the daughter of Saif Ali Khan and Amrita Singh, has been making headlines recently. She made her Bollywood debut with the film Kedarnath starring opposite Sushant Singh Rajput and has been able to impress critics as well.

Her second venture in Bollywood is the newly released film ‘Simmba’, in which she is starring opposite Ranveer Singh. Film is doing impressive business on box office so far after just two days of its release.

While talking about her Simmba co-star, Sara Ali Khan commented: Ranveer is the most talented person I have ever met.

tweet
Share on FacebookShare on TwitterShare on PinterestShare on Reddit
Saman SiddiquiDecember 31, 2018
the authorSaman Siddiqui
Saman Siddiqui, A freelance journalist with a Master’s Degree in Mass Communication and MS in Peace and Conflict Studies. Associated with the media industry since 2006. Experience in various capacities including Program Host, Researcher, News Producer, Documentary Making, Voice Over, Content Writing Copy Editing, and Blogging, and currently associated with OyeYeah since 2018, working as an Editor.
All posts bySaman Siddiqui