Reports suggest that the two families have reached an understanding, but a formal engagement will be announced in some time. 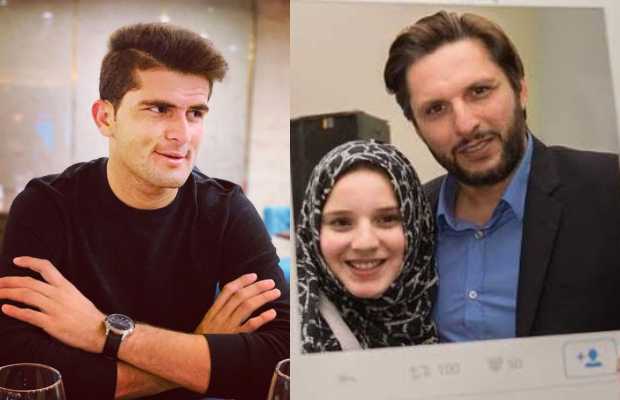 Shahid Afridi and Shaheen Shah Afridi are going to be in-laws soon. It was learned a day ago and after getting the good news the internet can’t keep calm.

As per sources, Shaheen Shah Afridi’s family has approached for seeking proposal of Shahid Afridi’s daughter.

However, since the news of their engagement went public, the stance of Shahid Afridi’s family’s position on the matter has come to the fore.

The matters regarding the proposal have been settled between the two families and the engagement is likely to take place in the near future.

Shahid Afridi’s family source while talking to Geo News said that talks between the families have been going on for the last two years regarding the relationship between Shaheen Shah Afridi and Shahid Afridi’s daughter.

“Since Shaheen Shah Afridi was playing cricket and Shahid Afridi’s daughter was studying, the formal engagement would be announced shortly,” the source quoted.

According to Shahid Afridi’s family, engagement and wedding ceremonies could be held together in two years.

Sources said that Shahid Khan Afridi will make a formal announcement in this regard.

Shahid Afridi’s family has requested that the speculations in this regard be avoided.

Earlier, Shaheen Shah Afridi’s father Ayaz Khan had told the media that the two families have a long-standing relationship, Shahid Afridi’s family has agreed to the relationship, the engagement ceremony will be soon.

Pakistanis were delighted to that Lahore Qalandars fast bowler Shaheen Afridi and former Pakistan cricket captain Shahid Afridi’s daughter will be getting engaged,

While we wait for the official engagement announcement, the netizens are already celebrating the good news that 20-year-old pacer Shaheen will soon become the son-in-law of Shahid Afridi.