Highly anticipated drama is based on a novel by Khadija Mastoor. 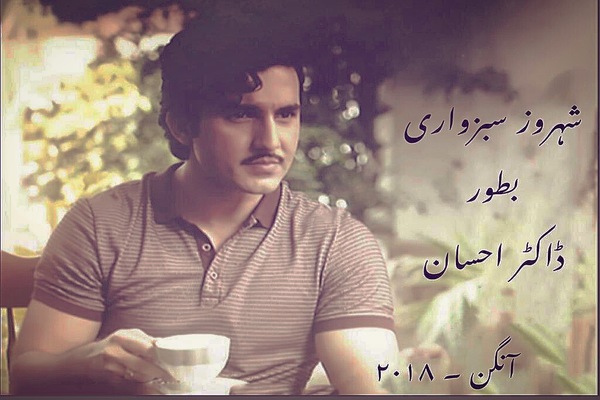 Pakistani drams are celebrated all across the world. An upcoming drama serial has been making headline lately is ‘Aangan’. A period drama based upon award winning novel by Khadija Mastoor’s novel of the same name is being directed by director Mohammad Ehtishamuddin. And has a star studded cast.

The latest we get to know about is the Shahroz Sabzwari will be sharing screen with the big names of Pakistani drama fraternity. While talking to OY, he shared about his role in Aangan. He will be playing Doctor Ehsaan.

Sharing his character photo from the drama Angan, Shahroz told, “I am playing a doctor in the drama. At the moment I cannot reveal much about the character. All I can say it is very Cool!”

“Dr Ehsaan’s entry into the play leads to a confusing twist which you’ll have to watch the play to find out. In the time period the drama is set in, there was a class of people highly influenced by the British, my role is similar to such characters.For further details you have to wait a little bit more,” added Shahroz.

A very close source has shared with OY that in this play, Shahroz is paired along Mawra Hocane.

Well,  let’s wait a bit further for the official details to  come out, most probably on set pictures. Like the recent one onset photo shared on social media.

It is also being reported that the drama series has its last spell of shooting in progress. and it is expected to be out in October. The other star cast includes Sonya Hussyn, Ahsan Khan, Ahad Raza Mir, Sajal Aly, Omair Rana, Abid Ali, Zaib Rehman and Uzma Hassan.