Sophie Turner and Joe Jonas Mourn Their Dog’s Death, Get Matching Tattoos in Its Memory 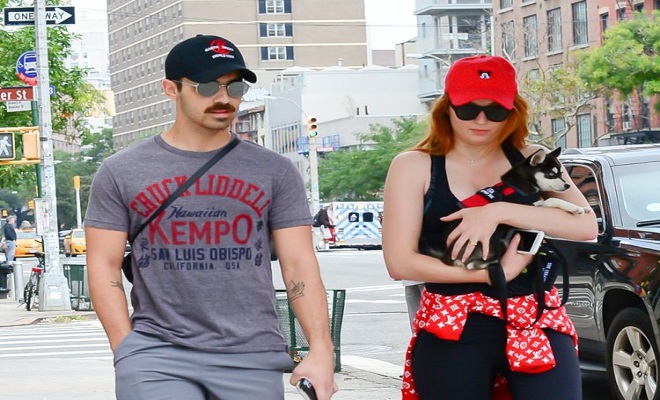 Sophie Turner and husband Joe Jonas who are proud owners of two Alaskan Klee Kai dogs are devastated as one of their dogs got killed in a road accident on July 24. The pup named Waldo Picasso was out on a stroll with Joe in New York as he released himself from the leash and ran towards the traffic. Unfortunately, a speeding car hit the dog and he was killed on the spot.

Joe and Sophie, who have recently returned from their honeymoon in Maldives, are reportedly too upset over the sudden demise of Waldo whom they considered a family member. The couple also went to see a therapist after the incident to overcome the shock this tragedy has brought upon them.

Mr. and Mrs. Joe have also lodged a police complaint of the incident on July 26, after they felt a bit stable emotionally. Additionally, in order to pay tribute to Waldo, Joe and Sophie have gotten matching tattoos of the pup on their arms, the two took to social media and shared pictures of their tattoos depicting Waldo’s face.

The pup and his brother have been with Joe and Sophie for a long time now. Initially, Waldo’s brother was gifted by Joe to his then girlfriend Sophie as a small puppy. The couple later adopted Waldo as well and were often seen walking their pets around. Waldo and his brother also attended Sophie and Joe’s wedding last month in France and stole the show with their cute Tuxedos,  the couple still have the other Alaskan Klee Kai as they remember Waldo.