She has requested media and public to respect their privacy. 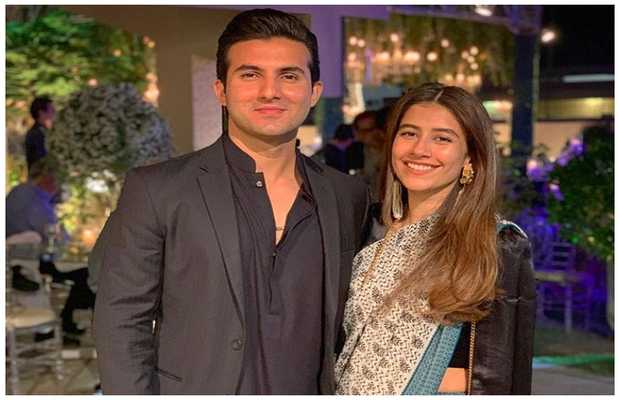 Syra and Shahroz Sabzwari have parted their ways for good. The confirmation of their divorce comes from Syra who took to social media announcing her separation.

Requesting the media and public to respect their privacy in this difficult time, Syra shared a brief message on her Instagram.

“Today on account of irreconcilable differences, Shahroz and I have decided to end our marriage”, she wrote.

“Our only hope at what is a difficult time for each of is us is that both of us can continue to be the best possible parents of our daughter”, Syra further added. 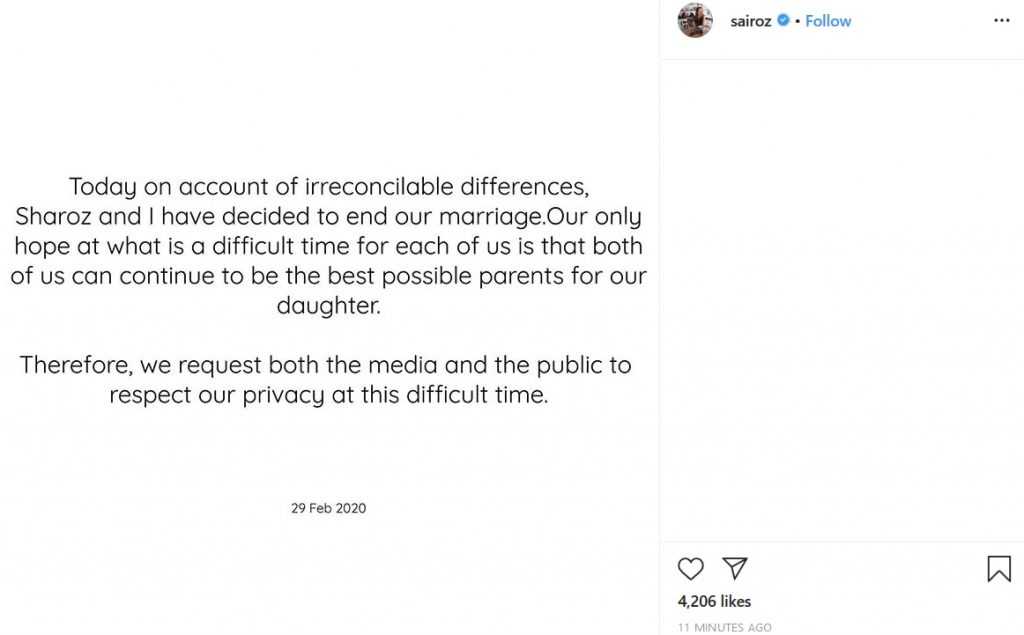 Earlier, Shahroz Sabzwari had clarified that the two were just separated for the time being. They had not been together for the last six months but were not divorced.

However, with Syra’s announcement their marriage is finally over now. The former couple had tied the knot in October 2012. They share a  six-year-old daughter named Noorie.