Rabi shared a graphic picture of herself on social media representing death which was rather disturbing. 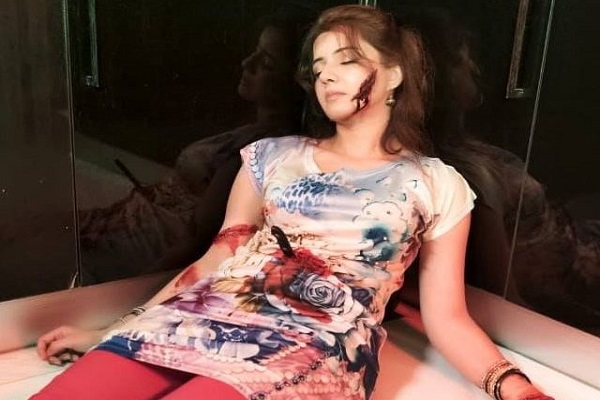 Pakistani singer Rabi Pirzada is another controversy queen who sure knows how to stay in the news for her controversial statements and disturbing music videos. We guess she is seemingly set to release a new song now.

Rabi shared a graphic picture of herself on social media, which represented suicide/death and was rather disturbing.

Twitter reacted to the picture and many stated that the singer needs help.

Please point out to your followers that self harm among teenage girls is at epidemic proportions (approx 16%), and that seeking immediate psychiatric help is critical to treating its underlying causes.

It still is a graphic image. Get some therapy.

Gross! Not sure why someone in their sane mind would romanticize something as serious as suicide, knowing the dire impact of such low grade publicity stunts on the adolescent & vulnerable community. Remove this post!

Glorifying suicide lends itself to more suicide cases. This is proven by research. This is an extremely irresponsible post. Please delete it

Rabi clarified that it’s a murder scene and not related to suicide. “This isnt a scene of suicide… its murder… n things like that do happen in our society… wait n watch what’s coming up…”

Well, whatever this is, it’s very disturbing.