The video clip also shows Bilal attacking his brother and then proceeds to beat the girl. 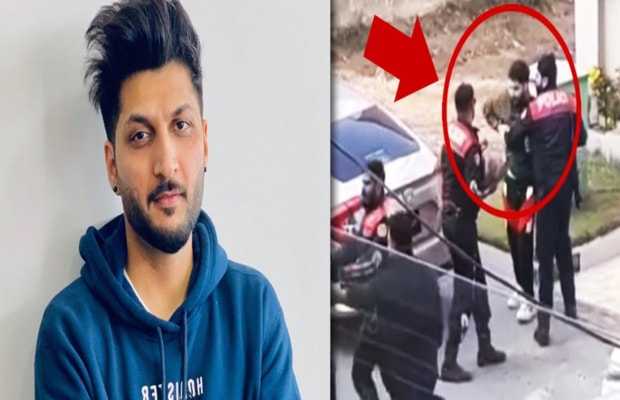 A video clip of singer Bilal Saeed fighting with his brother on a street goes viral on social media.

As being reported the video which surfaced on Thursday is of an incident that happened on the 10th of January, within the limits of Sundar police station, Lahore.

When the Baari singer was spotted fighting with his brother and sister-in-law on a street in presence of Dolphin Force officials.

The video shows the two having a verbal argument which escalated into a fistfight. The video clip also shows Bilal attacking his brother and then proceeds to kick and punch the girl.

However, upon being asked about the details, Bilal Saeed declined to comment, saying it was a private matter.

According to police, Bilal Saeed also wanted to file an FIR against his brother but no case was registered as the two parties later reconciled.

The video clip went viral on social media like a wile fire. For singer’s fans, it was something very disrespectful.

A number of people after watching the clip took to social media to comment over Bilal Saeed’s viral video.

Tbh,I am utterly shocked to see that how can someone dare to kick a woman.The very video is buzzing on social media at the moment in which #BilalSaeed is kicking a woman. It's totally depicting to see how much someone can stoop low.#ShameonyouBilalSaeed

Bilal Saeed the guy always finds himself in such places
Shameful no matter what the circumstances, you never hit a woman 💔#BilalSaeed pic.twitter.com/9lKmsIqDmc

Tbh,I am utterly shocked to see that how can someone dare to kick a woman.The very video is buzzing on social media at the moment in which #BilalSaeed is kicking a woman. It's totally depicting to see how much someone can stoop low.#ShameonyouBilalSaeed#BilalSaeed

Hey feminist can you see the equality ?? Which was demanded in "Aurat March"!! Well well equal rights equal fight!! She also kicked back no offense hisaab brabar. #BilalSaeed pic.twitter.com/zAiY2RJv4Z