Malik Dilawar and Hooriya announced their engagement through a press conference 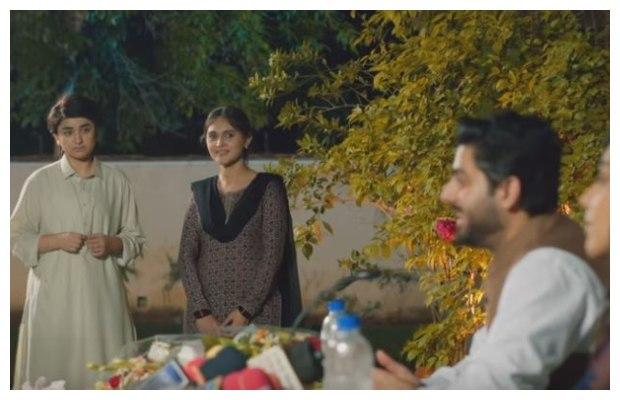 Bakhtawar Episode-6 Review – Hum TV drama serial Bakhtawar is one of the strongest Weekend Primetime watches. With Yumna Zaidi’s stellar performance this serial is a real treat for Yumna fans. In the previous episode, we have seen that Bakhtoo has developed a crush on her boss Malik Dilawar. In this episode, it is shown that Bakhtoo is heartbroken when Malik Dilawar and Hooriya announced their engagement at a press conference.

Bakhtoo is well taken care of by Malik Dilawar. He senses that Bakhtoo seems worried so without even asking he hands her some money which she later returns with a cute note saying that all she needs is moral support, and financial support is well managed by the salary. Dilawar’s father is totally from another league he keeps mocking his charitable attitude all the time.

Molvi Sahab’s character is quite interesting. He is a typical misogynist person. He is eyeing Bakhtawar. His wife is not feeling good, instead of taking her care of, he goes to Bakhtawar’s place to ask for her hand from her mother. He indirectly shares his wish with Bakhtawar’s mother and then Bakhtawar intervenes she clearly tells Molvi Sahab to be grateful for what he has already been blessed with and she also shows a mirror to him by saying how mean and selfish he is to leave her ailing wife like that and thinking of second marriage.

On the other hand, Hooriya is a typical political personality she tries to cash her charity activities just to impress Dilawar and she founded a trust for charity causes. Despite Malik Dilawar’s refusal of Hooriya, his father fixes his engagement with her because it is a political deal between Hooriya and his father. Poor Dilawar has left with no choice but to announce his engagement through a press conference.

Well to our surprise Malik Dilawar shows no resistance and he seems quite okay while announcing his engagement at the press conference. Bakhtoo is really heartbroken, she had just realized that she is in love with Malik Dilawar. However, she cannot do anything but cry and as an escape from her heartbreak, she starts smoking. Bakhtoo accepts the cigarette offered to him by Sheroo.

tweet
Share on FacebookShare on TwitterShare on PinterestShare on Reddit
Rameeza NasimAugust 22, 2022
the authorRameeza Nasim
Rameeza Nasim, a Paralian, passionate about poetry, drama and fiction. By giving drama critiques I feel like I am endorsing the writer's message to the audiences, I love my job. Being a critic responsibility lies on my shoulders to point out the flaws and shortcomings of the play be it on writer's , performers or director's end . I did my Masters in English Literature and Linguistics .
All posts byRameeza Nasim