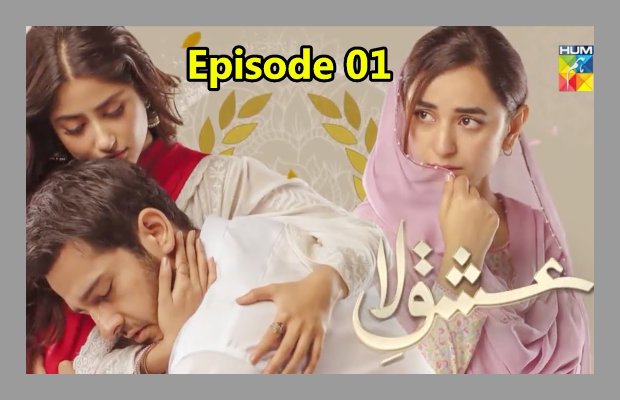 Hum TV’s much-anticipated drama Ishq e Laa has finally made it to the screens and it seems a promising one having both of our most favorite drama queens Sajal Aly and Yumna Zaidi in the leading cast. This serial also marks the debut of Azaan Sami Khan who is just slaying in his richie rich guy role. The play is penned by Alif Allah Aur Insaan famed Qaisra Hayat and it is directed by Amin Iqbal. It is Momina Duraid Productions and the other cast includes Laila Wasti, Ghazala Kafi, Semi Raheel, Uzma Hassan, Sohail Sameer, Adnan Samad Khan and others.

The first episode opens with a scene showing Shanaya, played by Sajal Aly, reciting verses of Quraan, she is shown to be a daring and brave girl who fights for other’s rights, she is a journalist. She does not shy away in venturing into stuff which might be dangerous for her. She has the back of her mother who is equally empathetic towards societal issues.

Then we have shown a carefree, happy-go-lucky Asqa (Yumna Zaidi). Aqsa is innocent,ambitious in a good way, intelligent. She wants to be a doctor. She is continuously harassed by her bhabi’s brother who always gets in her way on the street but she always try to avoid him. However, Bhabi’s brother is quite passionate about her and he wants to send his proposal to her.

Bhabi brings her mother to the house who brings his son’s proposal with a ring and money and the way her bhabi’s mother is forcing on the proposal looks so absurd. Not for once she has asked for her mother’s approval. When Aqsa’s mother refuses this proposal, her bhabhi makes a lot of hue and cry and in all that drama she throws glass whose piece pricks into her husband’s feet. Well Asqa’s brother works as a cook at the richie rich boy our hero’s house. Aqsa and her mother go to the mansion to help her son by taking his place.

We have been introduced to Azaan Sami’s character who is a successful banker, he has successfully inaugurated his new bank branch in China’s capital and is returning home. In between the play we have also seen the appearance of veteran actor Nadeem Baig uttering poetry and lines about divine love and passion, his relevance to the story, and the play is not making any sense at all. Aqsa tries to fulfill her brother’s duties to her best but the poor thing gets into a mess when the banker guy finds her hair strand in his curry. Our heart goes out for that poor Aqsa. There seems so much in the play to come, a promising start!

tweet
Share on FacebookShare on TwitterShare on PinterestShare on Reddit
Rameeza NasimOctober 21, 2021
the authorRameeza Nasim
Rameeza Nasim, a Paralian, passionate about poetry, drama and fiction. By giving drama critiques I feel like I am endorsing the writer's message to the audiences, I love my job. Being a critic responsibility lies on my shoulders to point out the flaws and shortcomings of the play be it on writer's , performers or director's end . I did my Masters in English Literature and Linguistics .
All posts byRameeza Nasim