The episode did a great job of showing a mother’s angst, a widow’s anguish, and a family’s helplessness because of societal norms. 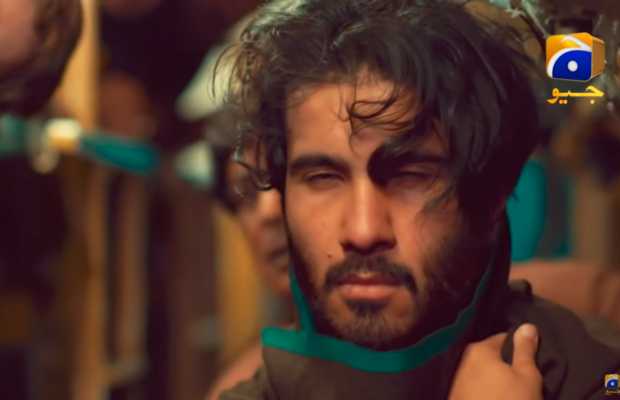 The episode begins with Mahi telling her family that she would complete her iddat at Taimoor’s haveli instead of going back with her family. Everyone is shocked at her decision, including Rida who tries to convince her to come home but she says this is her punishment. She was supposed to be banished like that for her mistakes.

Later in the night when Romana is traveling on the train with her madam, played by Munazah Arif, a man boards the train. His face is draped with a shawl and appears to be very suspicious. The madam wakes up and creates a ruckus in the train and accuses him of stealing from her. The man removes the drapes and is revealed to be Farhad in a poor state. He has a closed fist and the madam thinks he is hiding something. When Farhad closes his fist, he is holding a bead from Mahi’s dress that he found on the ground after their last meeting.

Back in Multan, women gathered at Taimoor’s place start gossiping. They said that Taimoor died because of Mahi’s ill fate. She destroyed the family. They also talk about how Mahi’s father wants to take her away with him and will get her remarried soon. Rida tells Mahi not to pay heed to their words while Taimoor’s mother listens intently.

Taimoor’s mother tells Mahi that she has lost nothing because she will find another man to marry again while her house and her life have ruined forever because she has lost her son. Mahi tells her she will never form another relationship again and spend the rest of her life as Taimoor’s widow. 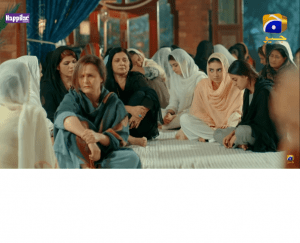 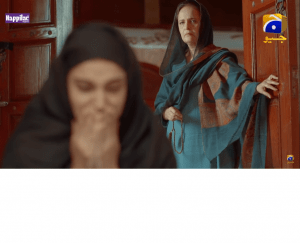 Mahi’s family finally leaves. Her mother convinces her one last time but she is adamant that she will stay there because her husband died because of her brother’s rivalry. Before leaving, her father tells her honor his name and the name of the family that she is now a part of.

Romana wants to go and console Sikandar but her madam forbids her. She says people like them don’t step foot in homes like theirs.

The episode ends with Mahi taking a look at Taimoor’s things. She finds a bracelet with both of their names. She recalls a conversation she had with him and a smile spreads on her face but her eyes well up with it. 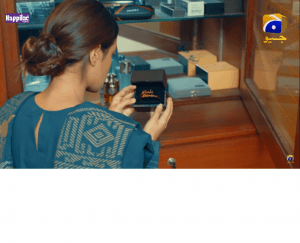 The biggest highlight of the episode was Farhad isn’t dead. He is very much alive and is living the life of a gypsy. The episode did a great job of showing a mother’s angst, a widow’s anguish, and a family’s helplessness because of societal norms.

Will Mahi and Farhad meet again? Will Mahi stay in the haveli forever? To find out, keep watching Khuda Aur Mohabbat on Fridays at 8 pm on Geo TV.