The film is based on the life of Johar, the country's first female Lieutenant General 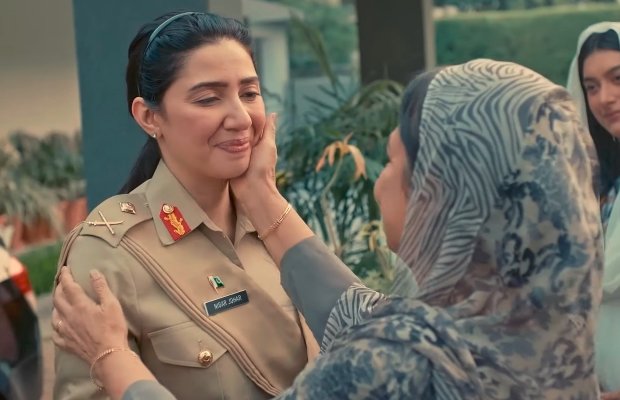 The much-anticipated project aired over the weekend on ARY Digital.

The telefilm having a run time of 105-minutes has earned huge appreciation from the fans terming it an attempt to give hope to women fighting for social acceptance and professional recognition.

The first part of the telefilm has been shot at the Army Medical College, which shows the life of Nigar Johar’s student life and then her professional life.

The art direction is needed to be lauded here for acthentically capturing the 80s and 90s era where some of the story takes place.

With the story penned  by Umairah Ahmed, the  telefilm has been directed by Adnan Sarwar and produced under the banner of Nina Kashif and Mahira Khan’s production company Sulfur Films.

Check out how fans react to ‘Aik Hai Nigar’.

aik hai nigar is so well made & well executed! loved every bit of it & the performances are top notch! mahirah bilal & khushaal fit their roles very well. literal goosebumps towards the end, more power to general nigar. my heart aches, may Allah bless her always!#AikHaiNigar

After watching Aik Hai Nigar, I’m a bigger fan of Sir Johar than ma’am herself 🤭

this last sequence stood apart for me, the way she observes how far she has come and is proud of herself, but also remembers all the loved ones who stood by her but aren't anymore there with her and mahira did it beautifully #AikHaiNigar 🤍 pic.twitter.com/ln9O9ao3s6

#AikHaiNigar is a good, sweet, sensitive watch. There’s great attention to detail. Very impressive work. Also a great message there is: men have to be our allies & supportive partners for women to achieve great things. #NigarJohar pic.twitter.com/0POymYuf0M

I am in tears.

-L.t Gen Nigar & Johar
the thing which makes it even more wholesome that it wasn't just fiction and a man like johar did exist <33

From a young girl who wanted to do something in life to a strong and successful woman. Mahira literally lived the character✨@TheMahiraKhan #AikHaiNigar pic.twitter.com/aMUPwNOoHG

This Drama is a Masterpiece
by #ISPR
The Story of patience,Dedication and Resilience of a women#AikHaiNigar #Pakistan pic.twitter.com/7anEFXfPGN