Seems like Bollywood is running low on original ideas! 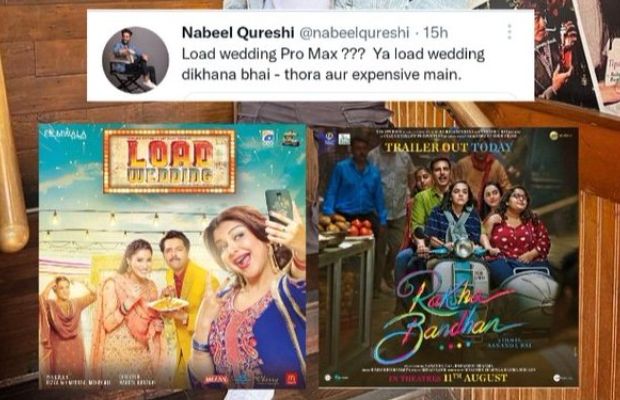 When it comes to copying and plagiarizing content, no one does it better than Bollywood, hence proved.

The fact was proven once again as soon as Akshay Kumar’s Raksha Bandhan trailer was launched the other day.

Well, it seems like Bollywood guys are most impressed with Fahad Mustafa and Nabeel Qureshi’s work.

Ever since the Raksha Bandhan trailer came out, there has been some hue and cry over the plagiarism act.

Upcoming #Bollywood film #RakshaBandhan is also a rip off of Pakistani Film #Loadwedding.@akshaykumar and @bhumipednekar are both in it.

Oh boy, someone had already predicted that this might happen!

In near future we will be see ditto copy of #loadwedding as well @nabeelqureshi bhai https://t.co/PvXN3b2Nc2