‘Chilling Adventures of Sabrina’ season 2 to continue from April 5th 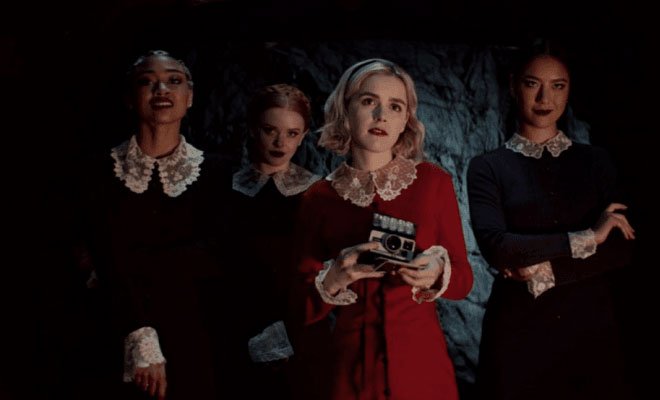 Good news for fans of Chilling Adventures of Sabrina as the release date for the second season of the show has been revealed.

Now fans won’t have to wait long of another fix of Chilling Adventures of Sabrina. The trailer of the second season of show has also been released.

Netflix has confirmed that Part 2 of the teenage witch saga will arrive on April next year. The accompanying teaser doesn’t say a whole lot about what’s coming next, but Netflix noted that Sabrina has “gone full witch” and is struggling between her dark connections and her friends on the Path of Light.

The show has been a tent pole for Netflix since its late October debut, Satanist lawsuits notwithstanding. On top of the splashy premiere, Netflix lined up a holiday episode and, as you can see, a short wait for more episodes. It’s not completely surprising. The show had a good head start thanks to Riverdale‘s success, and has generally been well-received since its premiere. Netflix no doubt wants to capitalize on that early success and keep viewers engaged while Sabrina is still fresh in their minds.

Chilling Adventures Of Sabrina Part 2 will arrive on Netflix from 5 April 2019.