Coke Studio 12 lands into new trouble after sorting out to copyrights matter with EMI Pakistan, there is a new issue for Rohail Hyatt and the Coca Cola Company.

Coke Studio Season 12’s song ‘Hairaan Hua’ has been taken off YouTube days after its release over copyrights claim.

The thumbnail over the taken down video reads, ‘The video is no longer available due to copyright claim by Abida Parveen’.

It seems like its time for the Coke Studio to get into producing some original music after getting into copyright violation issues frequently.

To be noted, earlier this week Abrarul Haque’s Billo was also removed from YouTube. While Shuja Haider and Rachel Viccaji’s Saiyaan was also taken off YouTube briefly after a copyright strike by EMI Pakistan.

‘Hairaan Hoa’ marked Sanam Marvi’s first song for Season 12. However, the BTS video of the song is still available on YouTube. 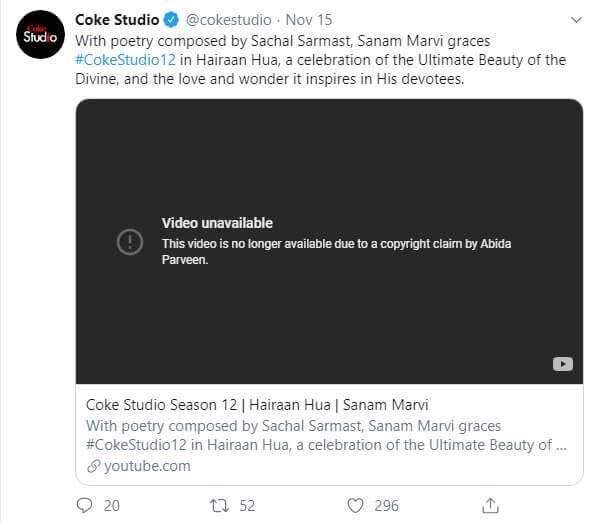 Sanam Marvi has given voice to the poetry of Sachal Sarmast in Hairaan Hua, which features in Coke Studio 12’s episode 4. 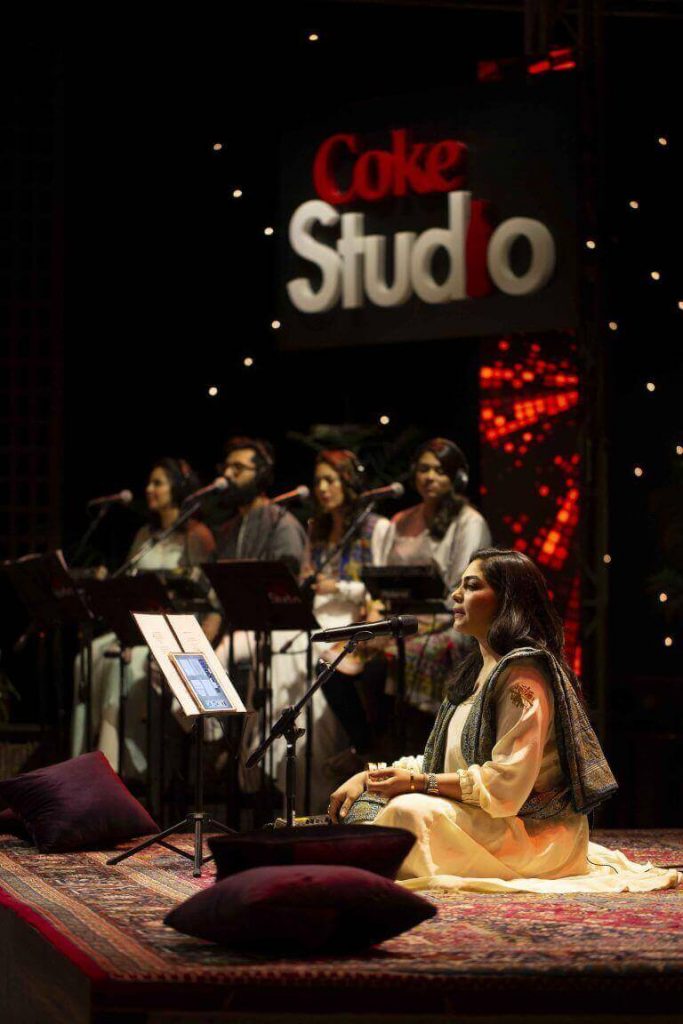 Woven with symbols of Ishq-e-Majazi (worldly love), the verses of Hairaan Hua sing of a beloved whose beauty is wonderous and has enamored the heart of the speaker.