Recently the teaser trailer of the drama was shared on social media. 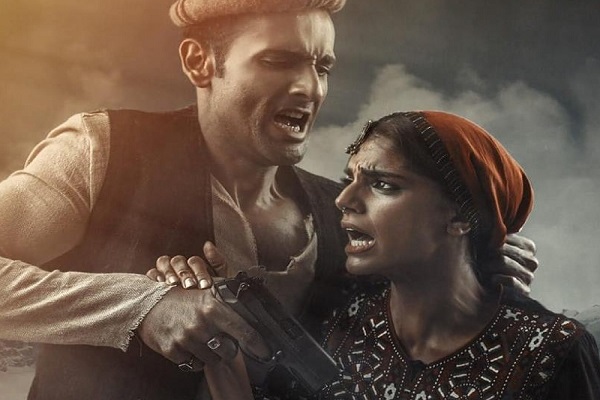 Well, we are going to see the Firaaq (2014) and Bachana (2016) couple again in the upcoming A plus drama serial ‘Deedan’.  Yes, Sanam Saeed and Mohib Mirza being paired up again for this new series. As being reported both of them are currently busy in the shooting of upcoming serial, which will mark as their third project as on screen couple.

The drama is shot in the valley of Hunza, and  it seems like an intense and fierce love story which will also reflect the Pakhtoon culture. The teaser was shared on various social media, Sanam Saeed also shared  the teaser on her Instagram account. According to her Deedan is a thriller drama  serial, in which the story will revolve around a pair of star-crossed lovers.

Deedan will also star Ajab Gul, Rasheed Naz and Huma Nawab.The serial is  directed by Amin Iqbal, and Deedan is expected to go on air by the end of September, on  A Plus. According to the teaser, the story revolves around Resham who has been sentenced to be stoned to death by the tribal jirga. Mohib Mirza’s character is trying hard  to save the woman he loves.

Trailer also provides a glimpse at the intensity of the drama series, its going to be worth watching!

tweet
Share on FacebookShare on TwitterShare on PinterestShare on Reddit
Rameeza NasimSeptember 21, 2018
the authorRameeza Nasim
Rameeza Nasim, a Paralian, passionate about poetry, drama and fiction. By giving drama critiques I feel like I am endorsing the writer's message to the audiences, I love my job. Being a critic responsibility lies on my shoulders to point out the flaws and shortcomings of the play be it on writer's , performers or director's end . I did my Masters in English Literature and Linguistics .
All posts byRameeza Nasim