Game of Thrones: Let’s Take a Minute and Appreciate Jorah and Lyanna Mormont 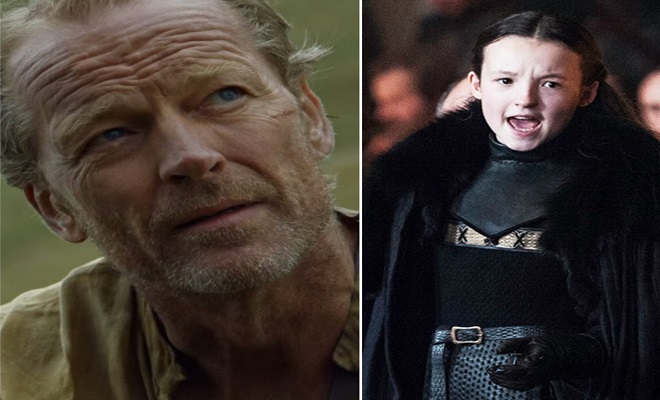 The long night is finally over (we hope), and on Sunday the world got to witness the baddest battles of all times. What started from a flabbergasted Samwell Tarly and ended on the heroic Arya Stark, the battle had many moments which took our breath away – some gasps louder than words.

One of the most personal favorite moments of the episode for us was when little Lyanna Mormont – named after Lyanna Stark – killed the giant zombie right before she herself lost life.

Now this is the moment to recall Lyanna’s entrance in the television show and as she pledged alliance with House Stark against Ramsey Bolton (yes the monster psycho). Now mind you this was the time when no other house was supporting Starks but Lyanna from Bear Islands showed courage and faithfulness – values his cousin Jorah also possessed. So we believe it runs in the family, right?

"I may be small. I may be a girl, but I won't be knitting by the fire while I have men fighting for me."
-Lyanna Mormont
An absolute Legend#GameOfThrones #GOTS8E3 #LyannaMormont #NotToday pic.twitter.com/0HKDE0AQRo

And then Lyanna’s epic death scene was enough to show how amazing of a character it was. After being stabbed by the white walker giant, the girl did not stay back and proceeded to attack him for one last time. And just as he held her high in the air to smash her, she stabbed him in the eye with dragon glass. Boom! Came the giant smashing in the air and Lyanna died a heroic death.

Alongside Lyanna we also commend her cousin Jorah Mormont. If it wasn’t for Jorah, our very own Khaleesi aka mother of dragons aka Dany would have lost her life numerous times over the past 7 seasons. It was Jorah, right from the day he met Khaleesi, he had been protecting her, serving her and slitting the throat of her enemies like cake. He remained loyal to his Queen and did not once think of leaving her as situations went from good to bad, and worse sometimes. Eventually he lost his life fighting for his queen in the Battle of Winterfell. We salute you Sor Jorah.

Oh and just to validate why we are so raving about Mormont House. Let’s not forget Jeor Mormont, father of Jorah Mormont and Lord Commander of the Night’s watch. We all must remember how he was a man of principle, gave courage to Jon Snow and taught values to Sam Tarly. Well, we are nothing but all praises for the family that stood by the right side every time Westeros chose sides to save their own lives.

So before we get on to the next episode’s frenzy and continue to chant and applaud for Starks and Targaryens, it’s about time we appreciate Lyanna and Jorah Mormont for their loyal and courageous personalities.