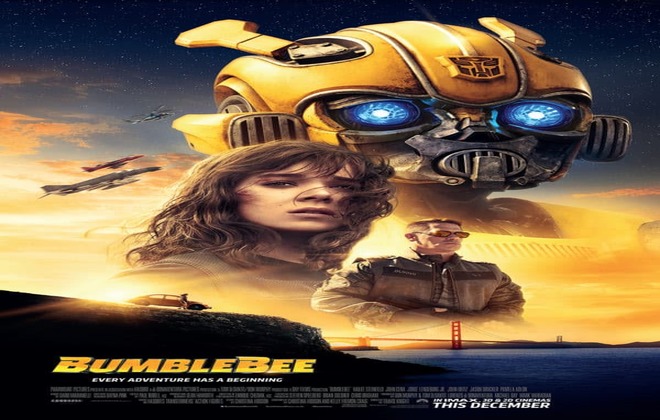 Before the film Bumblebee hit theaters on 21st December, there comes another trailer of the upcoming film.

The Bumblebee from the hit Transformers franchise gets its own film, which Paramount films is pushing quite hard.

It has been revealed that Bumblebee has escaped from Cybertron to Earth and he’s being hunted down by a Decepticon jet named Blitzwing.

The war rages one and Bumblebee must help protect the earth, the new trailer gives the glimpse at the story line of the film. It is directed by Travis Knight.

As being reported the two other Decepticon villains, Shatter and Dropkick, who are voiced by Angela Basset and Justin Theroux, who are also hunting Bumblebee. These characters are triple-changer transformers!

They turn into muscle cars, as well as a Harrier jet and helicopter. They team up with the U.S. military to try to catch him. At that point John Cena comes in the film.

The original synopsis of the film says:

On the run in the year 1987, Bumblebee finds refuge in a junkyard in a small Californian beach town. Charlie (Hailee Steinfeld), on the cusp of turning 18 and trying to find her place in the world, discovers Bumblebee, battle-scarred and broken. When Charlie revives him, she quickly learns this is no ordinary, yellow VW bug.

In addition to Hailee Steinfeld, Bumblebee stars John Cena, Jorge Lendeborg Jr., John Ortiz, Jason Drucker, Pamela Adlon, and the voices of Angela Bassett, Justin Theroux, David Sobolov, and Jess Harnell as various Decepticons. And of course, Peter Cullen is back once again as the voice of Optimus Prime.