Directed by Nabeel Qureshi, the film is produced under Filmwala productions. 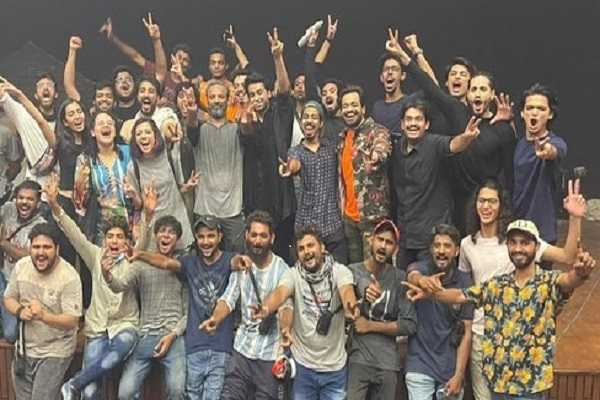 Director Nabeel Qureshi recently took to his Instagram account to announce the exciting news of finally wrapping up the shoot of Khel Khel Main.

The feature film is being produced under the banner of Filmwala productions.

Nabeel Qureshi revealing the current status of the upcoming film in an Instagram post, saying: “Alhumdullilah! Camera Close for Filmwala Pictures “Khel Khel Main,” he announced. “It was very challenging to shoot this feature in 50 Days – During this Hot Weather + Following Covid SOP’s going thru several Smart lockdowns & Travelling, still made sure we match the schedule and finish it on time! Kudos to my Team at Filmwala Pictures & all the cast & crew!!! It was only made possible because of you guys! Like a Circus, it needs to pack up!”

The release date of Khel Khel Main is yet to be announced while Nabeel Qureshi and Fizza Ali Meerza already have a few films lined up to be released.

One of them is the much-awaited and anticipated film starring Mahira Khan and Fahad Mustafa, Quaid-e-Azam Zindabad.

The film was supposed to get released on Eid ul Adha in 2020 but due to Covid19 situations cinemas are not yet regulated.

Fans hope to see this flick soon on screens!

Bilal Abbas Khan and Sajal Aly both have other exciting projects lined up other than Khel Khel Mein.

Sajal is set to star in Atif Aslam’s Rafta Rafta along with the upcoming drama serial Ishq Laa.

tweet
Share on FacebookShare on TwitterShare on PinterestShare on Reddit
Rameeza NasimJuly 13, 2021
the authorRameeza Nasim
Rameeza Nasim, a Paralian, passionate about poetry, drama and fiction. By giving drama critiques I feel like I am endorsing the writer's message to the audiences, I love my job. Being a critic responsibility lies on my shoulders to point out the flaws and shortcomings of the play be it on writer's , performers or director's end . I did my Masters in English Literature and Linguistics .
All posts byRameeza Nasim