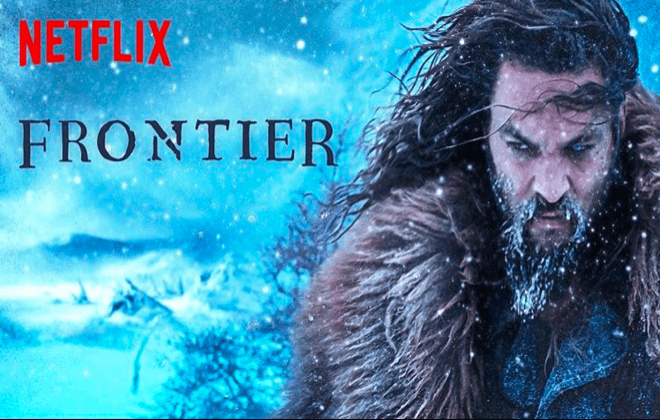 Fans all over the world are waiting for the release of film ‘Aquaman’ starring Jason Momoa in the lead role. Meanwhile Netflix has dropped the six-episode of the third season of Canadian period drama, “Frontier” on the streaming site.

The third season of the series debuted on Friday.For Jason Mamoa fans, it’s a treat to watch their favourite star.

Netflix describes the series as: “In 18th-century North America, the battle for profit and power spans continents as ferocious outlaw Declan Harp takes his fight against the Hudson’s Bay Company across the Atlantic”.

Momoa was also very excited about the show’s renewal for a third season. He took to Instagram to share the news with his fans and followers.

“Frontier Season 3. Check out trailer in bio. I love this show I am so proud of the cast and crew who bled in the freezing cold. We made art this year I love u all. Mahalo nui loa to Newfoundland,” he wrote.

As being reported Netflix acquired the exclusive global rights to Canada’s period drama, “Frontier,” in 2016.

‘Frontier’ was commissioned as Discovery Canada’s first scripted TV series in 2016. It debuted on the network, then, before being streamed outside of Canada by Netflix. The third season will air on Discovery Canada in December.

And after watching the 3 seasons, fans are eager to find out will Jason Momoa will be returning with the Frontier’s season 4.