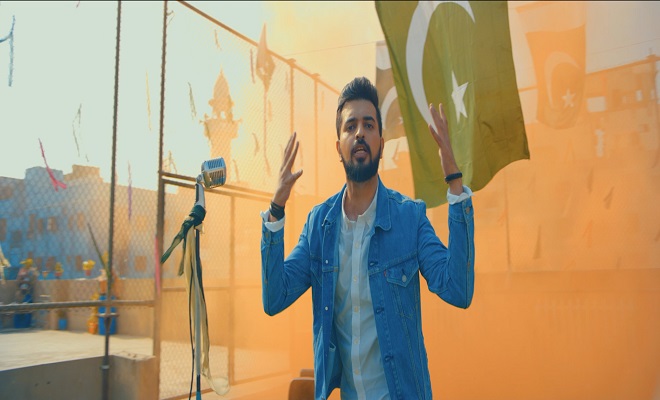 With the World Cup 2019 matches picking up speed left, right and centre, and team Pakistan falling behind in the points table, we’re left wondering as to what is that something that’ll definitely buck our team up to perform better. Perhaps if we could cheer our team more enthusiastically, we could create a more positive vibe for the boys in green to pick up and perform. We’re a nation passionate for cricket and we’re dying here to see Pakistan perform.

Sound Diaries celebrates Pakistan’s passion for cricket with its latest release; ‘Jeet Ka Piyala’ by Karim Barolia. This song, created especially for the ICC Cricket World Cup 2019 promises to become the anthem of the World Cup for Pakistani cricket fans worldwide. The high-energy song, accompanied by an equally vibrant video, is to be played across multiple platforms during one of Cricket’s biggest global events. ‘Jeet Ka Piyala’ is the collective voice of enthusiastic Pakistani cricket fans, with their incredible cultural, social and religious diversity.

The song is composed and sung by Karim Barolia. “It’s a really grand production. The song offers an array of musical flavours, and is truly a fun, foot-tapping, sing-along piece that is sure resonate with the passionate cricket fans across the world”, said Karim. The song also has musical contributions from instrumentalists within Pakistan and abroad. Commenting on being the vocalist for this piece, Karim said “I have been producing music for several “I have been producing music for several years, but this is the first time I ventured into singing, and I am overwhelmed by the amazing response”.

With its fantastic visuals and lyrics that move you, one wonders perhaps this song will ignite team Pakistan to give the field their best shot and lead the points table, which for now, seems like a daunting task.