Madhuri’s Ik Do Teen to be recreated. 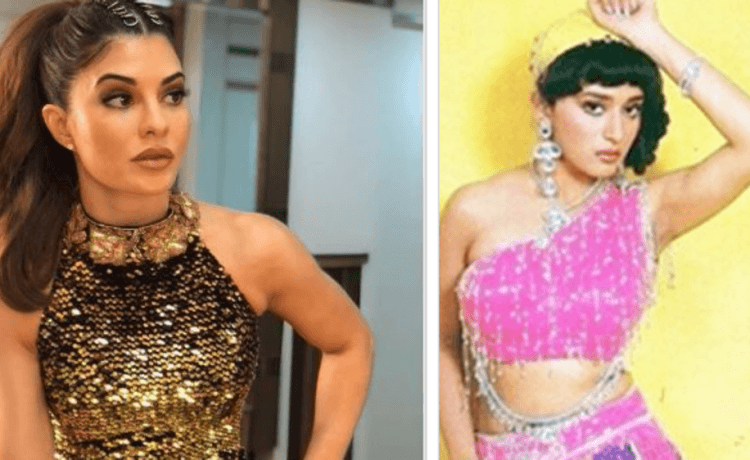 Seems like remakes are in the air for Bollywood, it has become a kind of trend for Bollywood movies. Just wondering what if originals seize to get created after few more years? Any ways coming back to remake, it has been reported by an Indian Daily that Jacqueline Fernandez is about to recreate Madhuri Dixit’s Ek Do Teen for Baaghi 2.

Remember the iconic number from #Tezaab: #EkDoTeen?… Jacqueline Fernandez is all set to step into Madhuri Dixit’s shoes, will appear in the recreated version of the song for #Baaghi2… Stars Tiger Shroff and Disha Patani.

Baaghi 2 is a sequel to the 2016 film Baaghi which is starring Tiger Shroff in the lead.

Ek Do Teen was originally directed by choreographer Saroj Khan while Ganesh Acharya will be at the controls of the affairs this time. Interestingly, Ganesh was one of the background dancers in the Madhuri Dixit song from Tezaab (1988) while Baaghi 2’s director Ahmed Khan was Saroj Khan’s assistant at the time. All of this seems to be like a very interesting switch in positions.

In a press statement, disclosing the details, Ahmed Khan said, ” There will be three choreographers on the set today, that’s a picture perfect moment in itself. It’s an all time favourite and I have asked Ganesh to retain Sarojji’s famous hook steps and Manish Malhotra to keep Madhuri Dixit’s pink outfit in mind while designing Jacqueline’s costume. I want the same feel of the earlier song that still looms large on everyone’s mind and also the same vibe, with the crowds chanting ‘Mohini, Mohini’ this time Jacqueline as Madhuri takes the stage.”

The public will be the better judge after the outcome of this decision, since this song Ek Do Teen had became trade mark for Madhuri in movies. It will be a challenging task to make the remake perfect, as master pieces are only created once.

tweet
Share on FacebookShare on TwitterShare on PinterestShare on Reddit
Saman SiddiquiFebruary 9, 2018
the authorSaman Siddiqui
Saman Siddiqui, A freelance journalist with a Master’s Degree in Mass Communication and MS in Peace and Conflict Studies. Associated with the media industry since 2006. Experience in various capacities including Program Host, Researcher, News Producer, Documentary Making, Voice Over, Content Writing Copy Editing, and Blogging, and currently associated with OyeYeah since 2018, working as an Editor.
All posts bySaman Siddiqui