Season 2 will also comprise of 10 episodes, just like previous season! 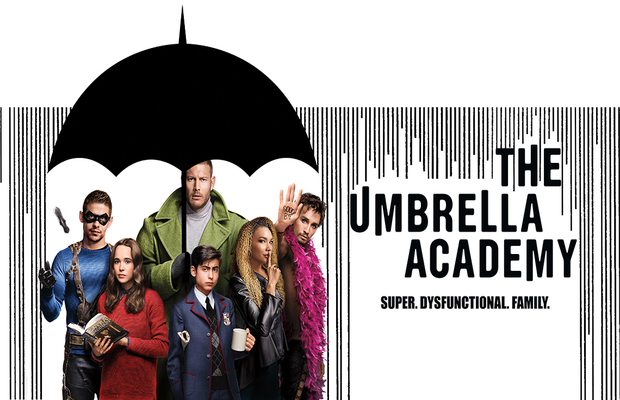 Netflix has announced season 2 of Umbrella Academy series, which premiered on the streaming site on February 15, 2019.

Umbrella Academy, the live-action superhero series is based on the Dark Horse Comics of the same name,  created and written by Gerard Way and illustrated by Gabriel Bá.

As being reported the season 2 will also have 10 episodes just like the first season and the production will kick off in this summer in Toronto, Canada.

For the second season, Ellen Page, Tom Hopper, David Castañeda, Emmy Raver-Lampman, Robert Sheehan, Aidan Gallagher, and Justin Min will be reprising their roles from the previous season. Meanwhile, the additional casting will be announced at a later date.

According to the series synopsis, in The Umbrella Academy, on the same day in 1989 forty-three infants are inexplicably born to random, unconnected women who showed no signs of pregnancy the day before. Seven are adopted by a billionaire who creates The Umbrella Academy and prepares his “children” to save the world. Now, the six surviving members reunite upon the news of their father’s passing and must work together to solve a mystery surrounding his death. But the estranged family begins to come apart due to their divergent personalities and abilities, not to mention the imminent threat of a global apocalypse.

Let’s see how things develop in the second season!

tweet
Share on FacebookShare on TwitterShare on PinterestShare on Reddit
Saman SiddiquiApril 2, 2019
the authorSaman Siddiqui
Saman Siddiqui, A freelance journalist with a Master’s Degree in Mass Communication and MS in Peace and Conflict Studies. Associated with the media industry since 2006. Experience in various capacities including Program Host, Researcher, News Producer, Documentary Making, Voice Over, Content Writing Copy Editing, and Blogging, and currently associated with OyeYeah since 2018, working as an Editor.
All posts bySaman Siddiqui