"Baahubali: Before the Beginning" is set to have two seasons. 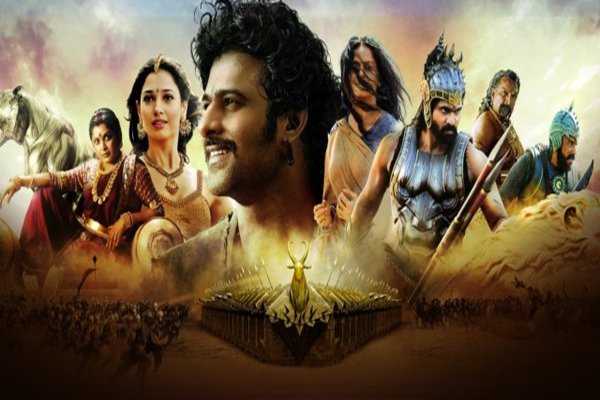 After premiering its first Indian Series Sacred Games last month, Netflix has announced a new original series which is going to be based on one of India’s highest-grossing, global blockbuster franchise, Baahubali. It is going to be an adaptation of The Rise of Sivagami, a prequel novel to the 2015 film. The cast and release dates of the series have not been revealed yet.

You witnessed the Mahishmati Empire in all its glory. Now witness its rise. Baahubali: Before the Beginning coming soon. pic.twitter.com/csPODOcXdt

For this production Netflix has partnered with the ace team behind the Baahubali universe, including Arka Media Works and SS Rajamouli. It is being reported that Deva Katta and Praveen Sataru will be directing the series together.

This prequel series is said to be based on capturing Queen Sivagami’s journey from a rebellious and vengeful girl to a wise and unequaled queen. Those who have watched the two parts of film will have an idea how this Netflix series is going to proceed, where power, politics and intrigue find themselves juxtaposed against the rise of Mahishmati, from inception of a city-state to an empire.

This is going to be a rich backdrop full of drama where the Baahubali franchise is set. According to sources this series promises to build on the incredible narrative style of the franchise, that includes high production values, spectacular visuals and linking the epic tale in terms of storytelling.

tweet
Share on FacebookShare on TwitterShare on PinterestShare on Reddit
Saman SiddiquiAugust 4, 2018
the authorSaman Siddiqui
Saman Siddiqui, A freelance journalist with a Master’s Degree in Mass Communication and MS in Peace and Conflict Studies. Associated with the media industry since 2006. Experience in various capacities including Program Host, Researcher, News Producer, Documentary Making, Voice Over, Content Writing Copy Editing, and Blogging, and currently associated with OyeYeah since 2018, working as an Editor.
All posts bySaman Siddiqui